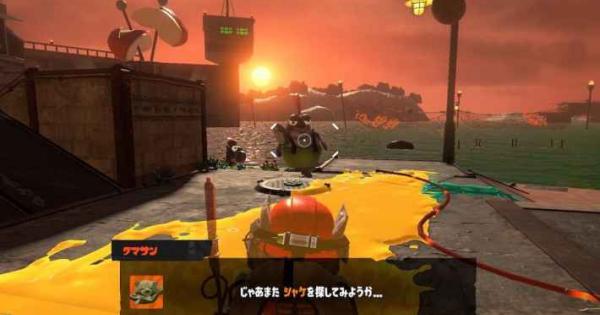 Salmon Run guide for Splatoon 3. Learn about how to defeat the King Salmonid and Boss Salmonids in the each/next wave, and the Salmon Run rewards per rank.

What is Salmon Run?

Defeat The Salmonids And Get A Reward

Salmon Run is a game mode in which players cooperate with other players and use designated weapons to eliminate Salmonids that appear one after another until Wave 3 to receive rewards such as Gears and Capsules.

When you finish playing, Bonus Meter and Catalog Level experience values are accumulated, and if you successfully complete Wave 3, Level points are also added. In the previous work, there was even an Expert Level, but in this work, a new Legendary level is made.

The King Salmonids are the newest addition to the game. The salmometer accumulates with each game, and when the gauge is full, the King Salmonids will appear. If you can encounter them, you will get scales that can be exchanged for various items, and at the same time, all the salmometer will be reset.

▼Click Here To Learn How To Defeat The King Salmonids

Weapons And Stages Are Changed By Time

In Salmon Run, the available weapons and Stages change approximately every 2 days. Furthermore, all the weapons you use will change with each wave, so it is best to be able to stand around and target the Boss Salmonids that are good at each Weapon.

Boss Salmonids will appear at the same time when the "Boss Salmonid Alert!" pops up, make sure to defeat the Boss Salmonids in all possible ways and pick up the golden eggs.

▼Click Here To See How To Defeat Each Boss Salmonids

Waves Can Lead To Special Situations

Let's Use Up The Specials By Wave 3

Do not be lenient with specials, and be sure to use them up by Wave 3 to increase the success rate of clearing. If the salmometer is full, the Boss Salmonid will appear in the 4th Wave. Special attacks are always issued once after the wave reset, so accumulating without using them will only be a waste.

How To Defeat Each Boss Salmonids

How To Defeat The New Boss Salmonids

How To Beat Other Boss Salmonids

How To Defeat King Salmonid

Attacks With Golden Eggs Are Effective

Specials Can Be Used Up By Wave 3

Do not leave special attacks until the King Salmonid game does not mean anything, and will always reset to a state of one special. Therefore, don't hesitate to use up to the third wave and use the two-time special attack to clear it.

You Can Get This Month's Gear As An Optional Reward

You can obtain special gears at Salmon Run, which changes monthly. Because you may acquire the same gear over and over again by accumulating Bonus Meter points, you need carefully choose the Gear of the Month for each month.

You Can Get Gears With A Slot 3

The Gear you receive may come with up to Slots 3, so it is recommended that you choose the Gear that has a Slots 3 from the options.

When you receive the same gear, you can choose whether to replace it by comparing it to the performance you have on hand. If you keep the gear you have , you'll get discarded ability chunks.

You Can Get Items From The Reward Capsules

Reward capsules are available up to 1200 pts, and all subsequent capsules will reward a gear every 200 pts. Earn up to 1200pt because the meter resets every month.

Reward Capsules Can Be Received From The Counter

Reward capsules can be received by pressing the A button in front of the counter near the entrance. Let's receive it at any time when the capsules are accumulated.

King Salmonid Scales Can Be Exchanged For Cosmetic And Decorations