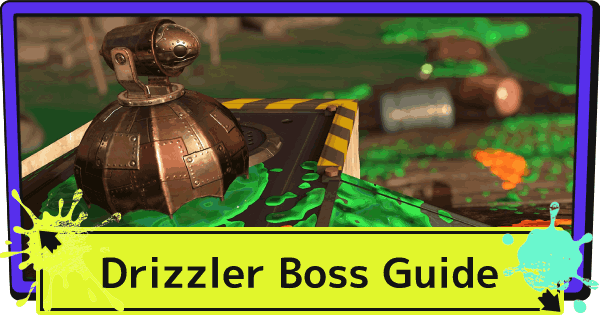 Drizzler is a Boss Salmonid in Splatoon 3. Learn more about Drizzler, its characteristic features and attack patterns in boss fight, including battle strategies tips in this guide.

The Drizzler will emerge from its shell and can be destroyed by continuing to attack it when it does so. When the Drizzler is covered by its protective shell, it can't be damaged with Ink, so wait until its head comes out.

Cannonballs Released In A Protective Shell Can Be Destroyed

The shells that are released when Drizzler is it protective shell in a form of an "Ink Storm" that can quickly worsen the situation with the amount of Ink damage it can do, so it is recommended that the shells be shot down or destroyed as much as possible to prevent the Ink Storm.