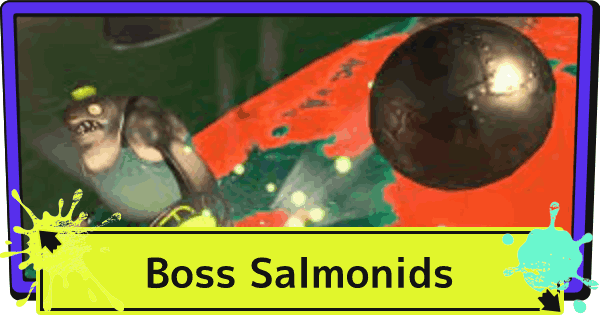 Boss Salmonids in Splatoon 3. Know about the different final bosses and how to defeat them including boss fight tips, which boss you should prioritize, and more in this boss guide.

The enemies that should be defeated with the highest priority are Flyfish that fires tenta missiles and Stingers that fire lasers, all of which attack from a distance or from the coast. If you are far away from them, it will take time to defeat them, and your allies will suffer more and more damage, so be the first to defeat them.

All of the above are Boss Salmonids that either have a narrow attack range or have only short-range means of attack. Even if left somewhat unattended, the damage will not spread much, so it can be done later.

How To Defeat Boss Salmonids

How To Defeat The New Boss Salmonids

How To Beat Other Boss Salmonids