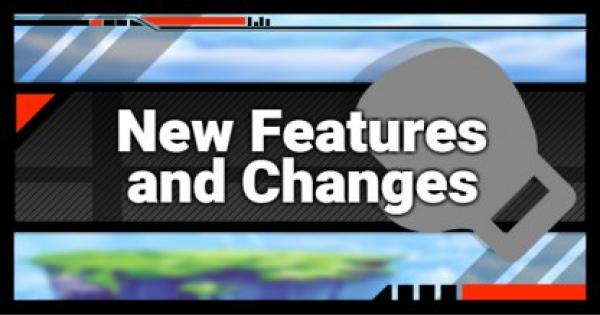 Playable characters from all previous Smash Bros games have returned in SSBU! Franchise mainstays and other nostalgic fighters have received improvements to make gameplay more dynamic without entirely changing their movesets.

To complete the roster, SSBU will also include a number of new characters! The new entries hail from both previously featured franchises to entirely new ones!

Echo Fighters are characters are similar to other fighters, but have a few tweaks to their movesets to still make them unique. They are considered as a separate entry in their rosters!

More Characters to be Added through DLCs

5 new characters will be added through DLCs according to official announcement. So far, only 1 character Joker has been revealed with his released set for 2019.

From the tubes of Super Marion, Piranha Plant has his pot on and is ready to battle! For his Final Smash, he grows in size and takes a chomp out of the competition!

p:Joker is a mysterious and powerful fighter coming from Persona 5. He will be released as part of the First Challenger pack for SSBU.Check Out Joker Character Page

The Great Plateau Towers hails from The Legend of Zelda: Breath of the Wild! You also get a view of the landscaping reminiscent of the game at the background, and the old man jumping on and off the stage!

Just like its fighters, all the stages that was ever featured in the Super Smash Bros. franchise has returned for SSBU! The stages all got a visual upgrade, as well as new features to make the battle dynamic!

Use New Items to Win Battles!

There are tons of new items that has been added to SSBU to make gameplay unpredictable and overall fun! This includes iconic items from the franchises like the Hammer, Smash Ball, and even Pokemon!

Heal up! If a member from your team enters a certain range from you, you both can heal and recover some health together. This is visualized by a green glow around both of you.

Black Holes when thrown will pull fighters inside them when in their range. This makes for a great area control!

Super Stars can be installed on stages and will grant accelerated speed when passed through. Players will be able to move sideways quickly when they enter the arc.

Although Pokemon balls have been added to previous Super Smash Bros games, SSBU sees an additional of new Pokemon, including legendaries like Solgaleo and Lunala from Pokemon Sun & Moon.

Perform Attacks even when on a Ladder

It is now possible to attack even when going up and down a ladder! You will be able to counter enemies trying to take advantage of you as you move across the level.

Air Dodges Have Been Changed

Dodging in the air is a technique that will come in very helpful during fights. Air Dodges however cannot be chained anymore. You'll need to go back down to the ground to be able to perform another air dodge.

Small jump attacks are easier to control and is more inconspicuous to do! You can use it by jumping then quickly pressing an attack button.

Higher Damage in 1-on-1 Battles

1-on-1 battles have become more brutal as damage during such fights have been increased! You will notice that you'll do more damage against enemies in 1-on-1 fights compared when you have multiple enemies.

To get Perfect Shields, you will need to disengage your shield right when you get hit by an enemy! Doing it correctly will not drain the shield meter, and give you invincibility for a short amount of time!

Hold the Button for Continuous Attacks

Holding down on an attack button will have your characters performing an attack continuously! You can stop it immediately by letting go of the button.

First place fighters are easier to distinguish now thanks to a newly added visual effect. As much as it is shiny, it is also a target as your enemies may gang up on you if they notice you're no. 1!