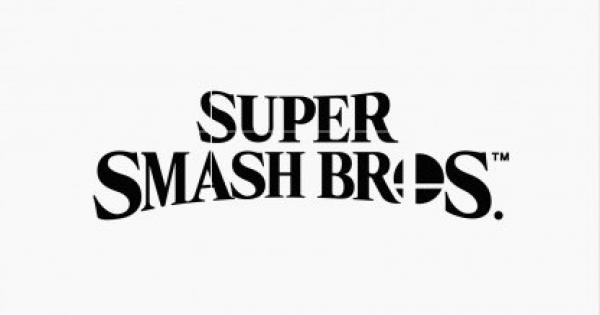 Curious about the latest news and updates for Super Smash Brothers Ultimate? Read on for more SSBU info such as game trailers, announcements, collaborations and more!

The Hero from the Dragon Quest XI video game has been announced as one of the two latest fighters in the game! The Hero will arrive in Summer 2019.

Check Out The Hero Here!

Banjo & Kazooie have also been announced as playable characters in the near future! The Bear and Bird Duo will arrive as a single fighter in the Fall of 2019!

Ver 3.0 is dropping on April 17, 2019 and brings with it the new character Joker, new modes for the game and more!

Check Out The Ver 3.0 Update Here!

Joker from the game Persona 5 will make his debut in the game alongside the Ver 3.0 update! He's also bringing along a new stage, music, and Classic Mode route!

Get creative in Super Smash Bros Ultimate! The Ver 3.0 update adds a Video Editor, and Stage Creator mode! Then share your creations in the Shared Content tab under online for everyone to see!

Get a chance to get coveted Spirits from the Super Mario Bros. franchise as they appear more frequently as part of the Oh Yeah! Mario TIme! Event! Exclusive Spirits will also be released as part of the event so make sure not to miss out!

You'll be awarded with more gold than usual when defeating the Spirits that are part of the Oh Yeah! Mario Time! event. It's a good way of unlocking Spirits and earning those coins while you're at it!

The Fire Emblem Fest is the first of a Special Fire Emblem event that spans the duration of Dec. 21 - 23! Spirits from the Fire Emblem series are more likely to appear on the Spirit Board!

Earn Double The Amount Of SP

By defeating Spirits from the Fire Emblem series, you will be able to earn more than the normal amount of SP! Head to the Spirit Board during the event to rack up lots of SP!

Ver. 1.2.0 has been released and it includes significant changes to the game, including adjustments on characters, online matchmaking, stability, and more!

The Pikachu and Eevee Spirits are now available for SSBU players with Pokemon Let's Go saves! You'll get the Partner Pokemon Spirit depending on which version of Pokemon Let's Go you played!

Check Out How to Get Pikachu / Eevee Spirits

Joker Of Persona 5 Is Ready To Smash!

Nintendo announced a new fighter during The Game Awards last December 6, 2018. Ready to steal your hearts, Joker from Persona 5 will be the first fighter from the Fighter's Pass.

Check Out How To Get Joker!

Check Out The Announcement Video Below:

In the final Nintendo Direct right before the launch of the game, Super Smash Bros. Ultimate makes the last announcement of their final fighters.

Ken from Street Fighter will be part of the SSBU roster as Ryu's Echo Fighter.

From the latest Pokemon game Sun/Moon, Incineroar is ready to burn down his foes in Super Smash Bros. Ultimate.

Check Out Nintendo Direct Video Below:

In the August 2018 Nintendo Direct, SSBU announced a collaboration between the game and cult-favorite classic - Castlevania, among other latest news and updates.

Richter Belmont also joins the SSBU roster. He is known as the descendant of Simon Belmont and a famous vampire hunter.

Chrom from Fire Emblem and Dark Samus from the Metroid series also make their debut as Echo fighters in Super Smash Bros. Ultimate.

The Nintendo Direct also provided viewers with new stages they can battle in as well as updated battle features to make every fight memorable!

Check Out Nintendo Direct Video Below:

Before they ended, Nintendo announced that Ridley, the main antagonist of the Metroid series, will be joining the battle!

Watch The Show Video Below:

At a trailer video shown during the March 2018 Nintendo Direct, it's been announced that a new Super Smash Bros. game is going to be launched for the Nintendo Switch.

Nintendo's Splatoon Characters will be part of the new Super Smash Bros. roster - bringing their inky attacks into battle!

Check Out Video Trailer Below: