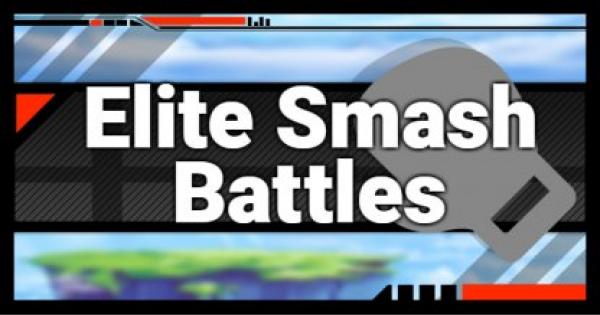 What Are Elite Smash Battles?

In Elite Smash Battles, you will be able to fight against other players online. What makes it different from normal online smash battles is that the players you face will be more skilled!

Competing in Elite Smash Battles will affect your Global Smash Power or GSP. Winning will increase your GSP, while losing will decrease it.

Not Unlocked From The Beginning

How To Participate in Elite Smash Battles

Raise Your GSP To Approximately 950,000 or Above

Required GSP Are On The Rise Daily

The required Global Smash Power is slowly on the rise in reference to the global player ranking. Be sure to keep your skill up and keep that GSP high as possible!

Check Out Tips to Get Better Here

Once you enter Elite Smash Battles, you will only be able to use fighters who have a high enough GSP online. The roster will be grayed out, but eligible fighters will be highlighted.

Use Fighters Online To Raise Their GSPs

Fighters in your roster will have their own GSPs assigned to them. You can use them when fighting online to raise their GSP. However, when you lose, you will lower the fighter's GSP instead.