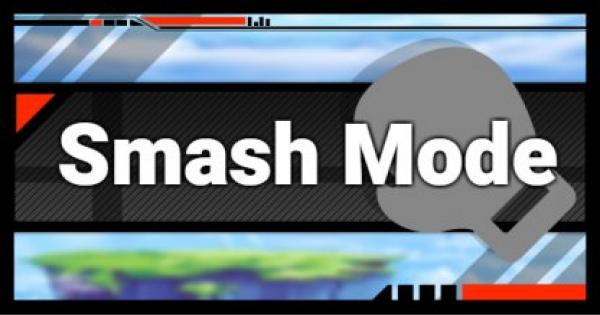 What is Smash Mode?

Smash Mode is the section found on the top left corner of the home screen. In Smash Mode, you can get into a game of Super Smash Bros. Ultimate and play your way!

Smash Mode can be played alone or with up to 8 players on a single switch. You can also set matches with both players and CPUs fighting in the match!

You can also participate in Smash Mode battles against online players, but will need to choose the Online option from the main menu.

When going into Smash Mode, you will be able to choose from a set of premade rules. However, you can also create your own rules and stipulations to win!

This mode is a straight up smash game mode with interchangeable rules. Choose whether you are fighting under a time or stock limit, if the Final Smash meter and Spirits are turned on, the CPU level, and more!

Squad Strike will have you create teams from the game's large roster of fighters. From there, you will be able to play Squad Strike three different ways.

Tourney is a mode where you fight against up to 32 different players in a competition style bracket. Work your way to the top and become the champion!

This mode puts a twist on the regular smash formula. There are three different ways to play Special Smash.