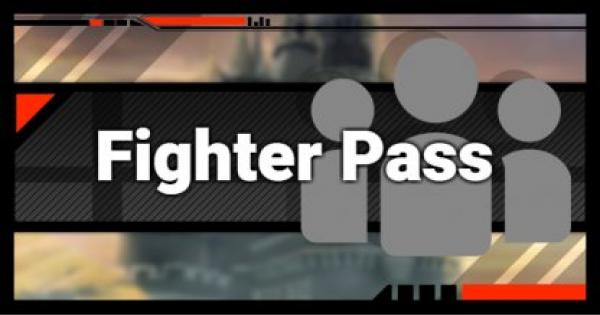 Get new fighters, stages, & other items in Super Smash Bros. Ultimate's Fighter Pass! Read this guide to know about the price and its inclusions.

What is the Fighter Pass?

Unlock all 5 upcoming Super Smash Bros. Ultimate DLCs as soon as they are released with the Fighter Pass! Each DLC will include 1 new fighter, 1 new stage, and additional music tracks!

What's Included in the Fighter Pass?

5 DLCs to Be Released

The 5 DLCs are expected to be released throughout 2019 with the last to be released by Feb. 2020. Each one will include a new fighter, stage, and music.

So far, only Joker from Persona 5 has been announced as a Fighter Pack character. Details on the rest are limited to them being new to the franchise.

A new stage will also be added to SSBU with each DLC Pack released! The stages could possibly be connected to the new fighter involved or something new entirely.

The packs will also include new music that will play in the game! Like the fighter and stages, no details yet announced for the music tracks.

All players who have bought that Fighter Pass will get an exclusive in-game costume! The Rex from Xenoblade Chronicles 2 costume will be added as a cosmetic option for the Mii Fighter!