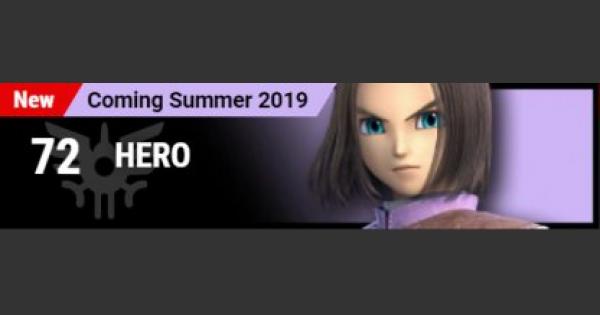 Learn all about the new fighter in the roster: HERO in Super Smash Bros Ultimate (SSBU) in this guide, including rating, unlock condition, tips & combo, and more!

The Hero first appeared in Dragon Quest XI, and is the main protagonist of the game. He was raised in the village of Cobblestone where he learned that he was the reincarnation of the Luminary, and that a grand destiny awaits him.

Did You Know? Facts About The Fighter

Changing the Hero's costume in the Character Select screen will allow you to play as other heroes in past Dragon Quest games!

HERO - How To Unlock

Available As A DLC Fighter