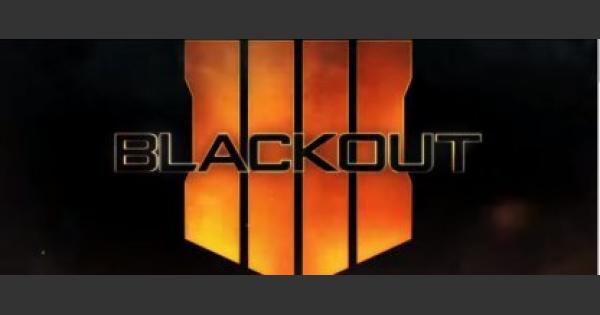 Learn about the significant changes made in the Oct. 30 - Update of CoD: BO4! This includes multiplayer balances, weapon changes, upgrades to specialists, and more!.

Call of Duty: Black Ops 4 has released its biggest update yet with changes covering changes to weapons, specialist, playlists, and more!

Headshot damages have been weakened on ICR-7 & VAPR-XKG. Also, the assault rifles require more time to be in ADS and the moving speed while ADS has been slowed.

While Cordite, GKS and Saug 9mm are still strong, they get weakened while operator mods are attached.

Sniper rifles got buffed overall. Outlaw and Koshika got a stronger shot damage and hit a shot to an enemy then switch to a handgun to kill the enemy is easier now.

Ajax, Nomad, Crash and Recon have been popular among all game modes and strong and now they are a bit weakened. However, given their traits, they are still useful.

Fire Break and Torque Got Much Stronger

Fire Break and Torque are now stronger. Now that they could be top rated specialists depending on game modes. Check out their suitable game modes in the link below.

Check Out the Best Gear in Custom Class

Check Out the Black Out Mode Guide Here

Armor will allow more damage to come through when players are hit in areas with damage multiplies, such as the head and the upper chest.

Players can now tag items to notify teammates of their location through the Item Found feature. Items tagged by teammates will appear brighter with the display lasting for a certain amount of time.

Enemy footsteps will be louder than footsteps from allies. Footsteps have also been adjusted for all Armor types in both first-person and third-person for better directionality and distance information

The XP earn rate for the Hardcore and Realistic difficulties have been increased, making grinding through them a lot more rewarding for players.

Blood of the Dead

A few bug fixes were added to the Blood of the Dead, including a fix on the lever animation on the Power House ghoul in the Main Easter Egg Quest.

Multiple issues have been resolved for Zombies Mode, such as removal of exploitable bugs and issues with perks not appearing in the HUD.