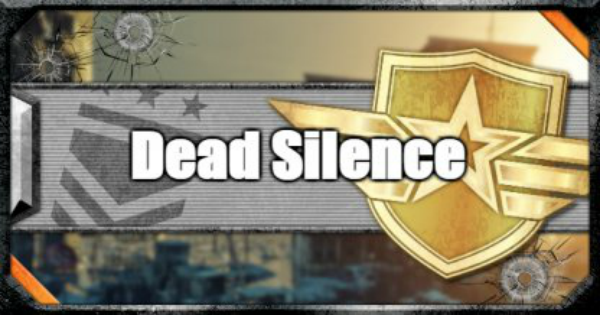 Find out about Dead Silence, COD BO4 perk. Check out how it works and tips of the perk!

The information provided here is based on COD BO4 Beta Test. We will update the article once COD BO4 is released.

Dead Silence - How Does It Work?

Effective Time and Priority Get

Dead Silence - Feature & How To Use

Your footsteps becomes silent and you will hardly be found by enemies. Use it when you sense that there are enemies ahead of your path.

Use Dead Silence When You Need to Move

Good for using to moving into the safe zone in the late game. You can minimize the risk of being found thanks to the effect of Dead Silence. However, enemies might be using the perk "Awareness" so you still need to exercise caution while moving.

"Awareness" is a perk that makes enemy footsteps become louder..