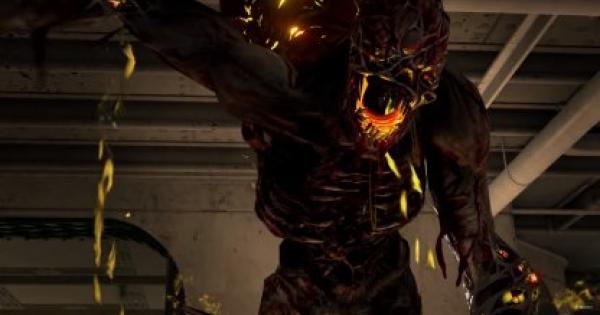 Learn how to survive longer in CoD: BO4's Zombies Mode! Tips and tricks on how to get and use points, different power ups, how to make the shield, & more to help you defeat more Zombies!

What Is Zombies Mode?

Zombies Mode is a game mode in Call of Duty: Black Ops 4 where you fight against waves of Zombies. The main premise of the game is to see how far you can last in the game. Survival is dependent on the cooperation of your team.

General Flow Of The Mode

Play With Others Or Solo

You have the choice to play Zombies Mode cooperatively with other players online, go at it alone, or with bots!

Here are some things to remember to increase your survival rate in Zombies Mode!

Keep Moving Around The Map

It is best to keep moving around the map, and avoid standing still. Keep on moving around so that you don't get pinned down when a huge horde of Zombies start to come down on you!

Try to keep a safe distance from Zombies when shooting at them. Getting hit 3 times from a Zombie will knock you down, and will require a teammate to revive you! It is best to avoid getting hit by keeping a safe distance.

Avoid putting yourself in small enclosed spaces as this could spell disaster for you! You might be overwhelmed at the number of Zombies that could enter that space, and won't have enough time or bullets to kill them all!

Fix Barriers To Slow Down Zombies

Create A Shield To Reduce Damage

Construct a shield to defend yourself from damage done by Zombies. You can also use it to push them away and when not in use, it can also protect your back from attacks, further increasing your survival rate!

Where To Get Parts

You can find various shield parts around the Zombies map. Be sure to look around and collect them!

Where To Create The Shield

You will find a workbench to where you can create the shield. These workbench locations differ per map so keep an eye out for these workbenches!

Throughout your journey, you will be acquiring points. These points are integral to your survival since they will play in important role in your progress in Zombies Mode.

How To Get Points

You will earn points by doing the following actions

More ways to earn points will be added to the list once they are confirmed.

When To Use Points

There are many actions that require you to spend your hard-earned points. We have ranked them in order of the priority which you need to use them.

Doors open up new areas for you. These areas hold new weapons, perks, and other items that you could buy. Opening doors will also increase the size of the map so you can move around more freely without getting pinned down!

With each successive wave, more and tougher Zombies will spawn. Remember to upgrade your weapons when it takes a lot of time and bullets to bring down a normal Zombie!

Note:You will be able to handle Zombies with only a Knife and Handgun during the first to third waves. Buy a weapon before the fourth wave starts.

Perks are useful in-game boosts that grant you different temporary gameplay advantages. There are perks that increase your stamina, deal instant headshot kills, and more! Keep an eye out for Perks around the map that you can purchase.

The Mystery Box will reward you with a random weapon when used. There is no telling when it will give you a really powerful weapon, or a completely useless weapon, so use at your own risk!

Power Ups are dropped by Zombies at random points in the game. Walking over to these power ups will give you a temporary advantage. Here are the power ups found in CoD: BO4 Zombies.

Any damage done to a Zombie will immediately kill it.

All Zombies in the map are instantly killed.

Fully replenishes both of your weapon's ammo pools.

Earn double the amount of points for a certain amount of time.

Automatically boards up locations where you can repair barriers.

Pay close attention to how much life you have since this will determine how many hits you can take from a zombie. The image above shows that a character has 150 health, meaning 3 Zombie attacks will down him.

Your Pistol Is Powerful When Downed

When downed, your weapons will be replaced by a pistol. This pistol is powerful since it can one-hit kill a Zombie. Do not be trigger-happy though, as it can still run out of bullets.

You Need To Be Revived When Downed

In your downed state, you will bleed out. You will need to be revived by a teammate to stand back up and use your other weapons. Bleeding out before your teammate can revive you will kill you.

Here are some other tips when playing Zombies:

One Player Creates A Train

A player creates a train of Zombies by baiting them to follow him or her. While this is happening other players can focus on thinning out the herd of Zombies safely while they are distracted by the player baiting them.

Stay Close To Your Team

It is advised to stay close to your team so that you will be able to reach each other in case anything happens to them.

Communicate With Each Other

Besides staying close, it is best to have a way of communicating with your team. To have an easier time keeping tabs on the whereabouts of each other. You can also plan out a strategy before the next wave!

By leaving a few Zombies on the map before the wave ends, you can pretty much do whatever you want such as board up windows, buy weapons, and explore the map. This is because the next wave will not start unless the last Zombie is killed.

Single Zombie could die alone without being attacked. So leaving a few Zombies is a better way.