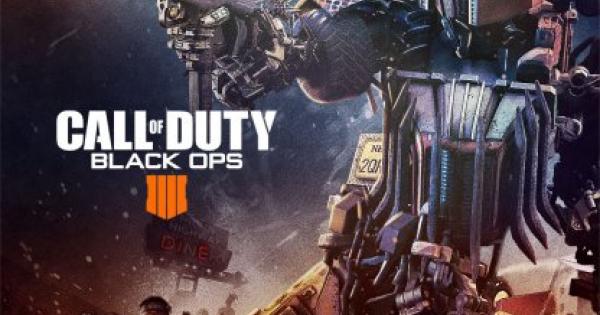 The next operation will start Tuesday (July 9), a zombie-themed operation where the undead will plague all modes. The image above shows the roadmap for the upcoming operation with a disclaimer that some contents may be subject to change.

New Digital Edition Of The Game

The Call of Duty: Black Ops 4 - Apocalypse Z Edition is a special digital edition that features several freebies and rewards for players looking to purchase the game! The list of benefits are listed below:

If you are looking to purchase this edition, you can do so here.

The new Specialist: Reaper will be introduced at the start of the operation. It's Special Issue Weaponry is the Scythe: a machine gun with explosive rounds. It can also deploy a Radar Shroud which jams certain areas on enemy minimaps!

Reaper Unlocked At Tier 1 of Operation

Reaper will be available at Tier of the Operation's contraband stream, and will be playable in multiplayer game modes once unlocked.

In this game mode, players will only be able to use Crossbows, Ballistic Knives, and a Combat Axe to fight opponents. Earn points in this free-for-all game mode by getting kills! To add to this, a UAV will mark the leading player for everyone to hunt down!

The weapons mentioned above are new multiplayer weapons that can be found in the Black Market during the course of the operation.

This map features multiple interior spaces and a giant fallen robot which players can enter and fight in. Certain areas of the environment are suspended in mid-air due to the Element 115 dispersed around the map.

Remnant is a modern day museum that features all of the zombies-related history. This large-scale map has a ton of wide open spaces that benefit mid to long range weapons, but also has tight spaces in the musem's interior for close-range fights.

Havana makes a return in Black Ops 4. Set in Cuba during the Cold War, this map has multiple houses, bars, and other enclosed spaces that force you to get up close with enemies!

Both Blackout Maps have received some environmental changes and zombie related secrets to keep in line with the new operation's theme.

After the zombies have overrun the map, a fog now covers it along with a blood red river. Windows are now broken and boarded up to protect those left inside. This game mode is available Quads.

Along with the Warden, Alcatraz will spawn Hellhounds, ready to pounce at unsuspecting players. Keep your guard up in the new Alcatraz Portals Horde Game Mode where it's survival of the fittest!

After the events of Classified and Blood of the Dead, the Primis and Ultimis crews travel to a familiar area to face new enemies including Jolting Jacks, Nova 6 Bombers and more! Continue the Zombie saga in an all new Nuketown map 4 times the size of the original map!

This new perk summons a friendly wolf companion named Luna to aid you in killing zombies, and even fighting mini-bosses!

The Elixirs Phoenix Up and Head Drama make a return in the new operation. The former will allow you to revive teammates without them losing their perks, and the former will deal damage to a zombie's head whenever you hit any of their body parts!

The new Argus Shotgun and C86 Crossbow will also be added to the Mystery Box. Variants of both these weapons will also be available in the Pack-A-Punch, Ancient Harbinger for the Argus, and Minos' Zeal for the C86.

A fan favorite of snipers, the Bolt Action Barebones mode makes a return in the featured playlist. Test your sniping skills out in this pure sniper only mode, with no specialist equipment and weapons enabled!

Check Out All Sniper Rifles Here!

The more strategic and highly challenging Hardcore Blackout mode also returns in the featured playlist for Blackout. Plan out your attack in this Blackout mode with no HUD, mini map and vehicles!

Alcatraz With A Dark Twist

The close quarters Blackout Map Alcatraz also returns on July 9 together with the launch of Apocalypse Z. The announcement promises a new dark twist to the map so watch out when it launches next week!

The Gun Game Mode will also make a return in this operation. Everyone starts out with a pistol, and with every kill or death, you are either promoted to a better weapon or lesser weapon respectively! The final weapon you can get is a Ballistic Knife!

Infected Is Coming Back To Life

Infected will also be brought back for this operation. A team of survivors attempt to survive the match while the opposing infected team tries to turn all of the survivors into zombies!

Check Out The Infected Mode Here!

Players on all platforms today can start earning tiers from the limited time Fourth of July contraband stream, allowing you to earn an Ultra Weapon Bribe from the 15th Tier. This bribe allows you to earn a guaranteed new ranged Black Market weapon, as well as two reserve cases.