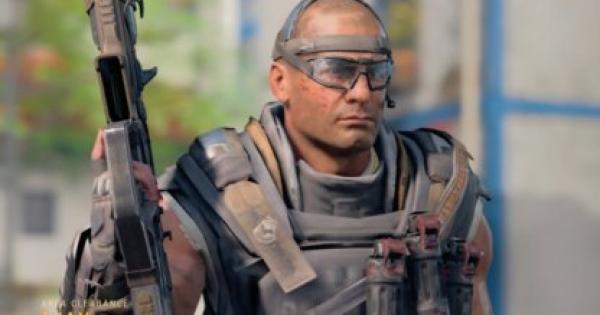 Learn how to play the game mode: DOMINATION! Everything you need to know about the DOMINATION Game Mode, including tips, recommended specialists, and more.

3 points are scattered around the map. Capture or take control of these points to score points for your team. The first team to reach the score limit, or the team with more points when time expires, wins.

More players trying to take control of an objective will capture the point faster! Try to coordinate with your team to capture more objectives.

Having control of majority of the objectives will reward your team with more points! Try to capture as many objectives as you can!

AJAX is a good attacker on point since he can disorient enemies with the 9-Bang then push in. He also has some added protection with his Ballistic Shield if he gets outnumbered by enemies in an area.

TORQUE can deny enemies entry to your area with his Razor Wire. He is good at securing an area, and giving enemies a hard time trying to capture your area! It is best to deploy your Razor Wires at choke points to stop enemies!

RECON's Sensor Dart can give you and your teammates some much needed vision when defending an area. The sensor dart will reveal incoming enemies in your team's minimap to help you prepare for fights!

When the map has wider areas, ICR-7 is recommended. ICR-7 works great as it has high accuracy and fire rate among assault rifles.

When map is comparatively narrow, GKS is recommended. GKS has high fire rate and a big mag size, so it can let you combat against enemies in succession. Also, thanks to its high accuracy among SMGS, you can even aim at enemies in mid-range.

Since combat is frequent in Multiplayer Modes, you need protection to sustain yourself during matches. Armor will help you win the 1vs1 battle and recommended both for beginners and veterans.

You will have less chances to die with this perk. With Cold blooded your resistance gets higher to enemy ability like equipment and Scorestreaks. Also, you will not be targeted by enemy score streaks.

As you are undetectable by enemy UAV, Ghost perk can protect you from enemy Scorestreaks.

With Dead Silence, you will hardly be found by enemy sensors, so it helps you ambush near domination area or taking enemies back.

Go With Your Allies When Capturing Areas

Since enemies ambush you when you try to capture areas, you cannot just cease them alone. Cooperate with your allies and overwhelm ambushes.

When capturing an area, you do not need to stay in to keep it captured. So, move a bit away from the area and ambush. Don't make noise so you won't be detected by sensors of enemies.