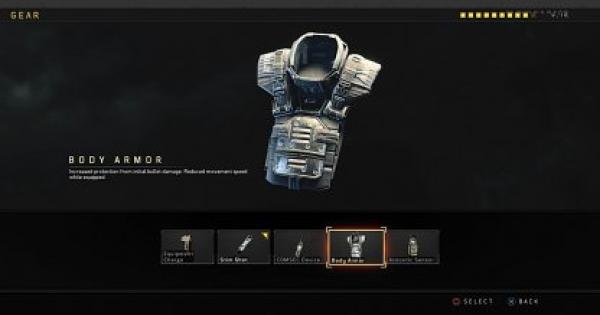 Unlike equipment, you do no need to activate the gear in the game. Gear works as a passive skill that gives you an additional bonus while you play.

Set Your Gear In Custom Classes

Custom Classes are where you can set up your weapons, gears, perks etc. You can set a total of 10 items at max. Take note that gear will take one slot from those 10 item slots.

Since combat is frequent in Multiplayer Modes, you need protection to sustain yourself during matches. In most cases, armored players tend to win battles. Its effect is always on which is why this gear is recommended for all players.

Enemy movements are easier to hear.

The Acoustic Sensor will give you information on enemy locations around the map. Recommended for seasoned players who can win 1v1 combat. Very helpful in game modes with no respawns since you can find enemies and eliminate them first!

Heal faster and more often, while maintaining control of your weapon.

The Stim Shot is useful for game modes that have you frequently in combat. You can constantly, and quickly heal, making the Stim Shot an effective gear for veterans who like to play aggressively.

Check Out Game Modes Where Respawn Is Possible!
ユーザー登録のご案内