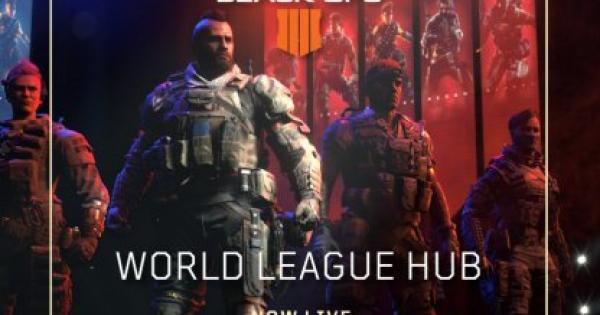 CoD: BO4 | Call of Duty: Black Ops 4
How To Rank Up In World League Mode

Want to play like the pros? Try the new League Play mode on Black Ops 4! Check out this guide on how to rank up your World League Rank & to prepare you for a tougher challenge!

World League Launches On The PS4

The World League Hub gives you a whole new set of playlists for competitive play. The hub launches first on the PS4, and is the only mode with skill-based matchmaking, meaning you are pitted against players of equal skill.

In World League Hub, you will get to compete in the Pro Series playlist, using the same rules that pros play. League Play Events are run in time frames of 3-4 days.

When you play League Play events, you will be placed in a Division of up to 50 players of the same skill level. Compete for the top position of the Division Ladder by getting more Ladder Points. Be careful though, as losing matches will make you lose Ladder Points.

How To Rank Up

Get Ladder Points To Rank Up

Winning in League Play and World League matches award you with Ladder Points, with increased points for a 4-game win streak. You will also earn an initial placement bonus of Ladder Points when placed in a Division.

Make sure to play for Daily Bonuses each day. These will reward you with a pool of Ladder Points that can be earned across your initial wins for the day.

Rewards For Ranking Up

Earn Gems To Advance Your Rank

By placing in the top of your respective Division Ladder, you'll get a corresponding amount of Gems. Gems are used to advance your rank, so try to place as high as you can.

There are 20 Ranks to achieve in World League Hub. Each rank requires a certain amount of gems to progress the rank before the next rank is earned.