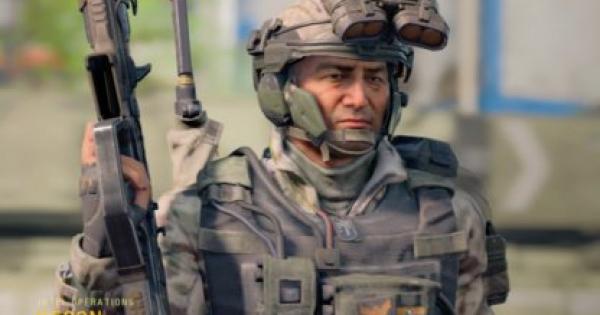 Learn how to play the game mode: Control! Everything you need to know about the Control Game Mode, including tips, recommended specialists, & more!

You team will role as attackers or defenders. There will be two capture points around the map for you and your team to capture for win. Or alternative way to win is by eliminating from 30 to 0, or by having more respawns than the enemy team after the time limit is reached.

The first team to win 3 rounds will win the Control Game Mode.

You will be able to capture objectives faster when there are more teammates capturing the area.

In Control Mode, there are so many ambushing enemies. When you capture points, use Recon's special equipment "Sensor Dart" if there are enemies charging into your area!

When you are defending, the enemy could emerge from anywhere. With TORQUE's special weapon "Razor Wire", you can limit enemy's paths by deploying it to the path you want to set a block.

By deploying SERAPH's special equipment "Tac-Deploy" close to the Capture area, your allies can quickly help defend capture areas. Set the Tac-Deploy at locations where enemies can hardly find and destroy it.

Best weapons are variable depending on map size in Control. When map size is big, Tactical Rifle and Sniper Rifle are recommended. When Map is small, Assault Rifle and Submachine gun are great for beating enemies down.

Since combat is frequent in Multiplayer Modes, you need protection to sustain yourself during matches. Armor will help you win the 1vs1 battle and recommended both for beginners and veterans.

The Acoustic Sensor will give you information on enemy locations around the map. Very helpful in game modes with no respawns since you can find enemies and eliminate them first! Recommended for experienced players who can win 1v1 combat.

The perk "Light Weight" can help you move faster to the capture area.

The perk "Tracker" can let you see enemy footsteps. And this detection ability can be helpful to identify from where enemies are approaching.

Free For All - Gameplay Tips

When your team is defending an area, think about where enemies come from and ambush tactically. But, be careful about getting ambushed yourself!

Ambush At Respawn Point of Enemies

When your team dominates one of the two capture points, go to respawn points of enemies. Then, it would be easier to shoot them down since you know where they will be coming from.

Elimination Is More Important than Capturing

Your team can respawn 30 times and need to deliberately move when there are less remaining respawns. So, prioritize elimination than capturing or defending capture points.