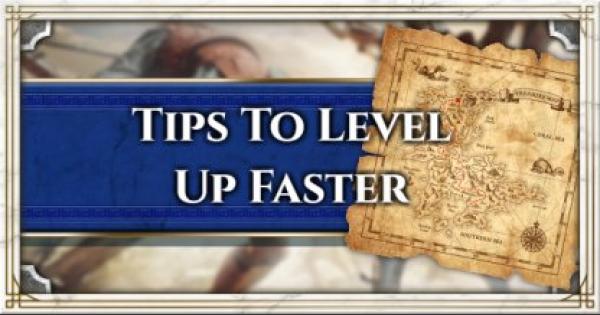 Assassin's Creed Odyssey
How To Farm XP & Level Up Faster

Level up faster to gain an advantage in battle! Read this Assassin's Creed Odyssey guide on how to farm XP & rank up your level faster!!!

Check Out the Main Quest Walkthrough

Side Quests award a decent amount of XP & some even give you gear! Each region has side quests that you can go through before moving forward in the story.

Check Out the Side Quest Walkthrough

Pick Up Contracts From The Message Board

Another option to farm XP is to pick up the ever-changing roster of contracts from the message board. Check them out frequently in cities or towns to gain extra XP during your journey.

Conquest Battle is one of the best ways to garner XP in Assassin's Creed Odyssey and you can do it multiple times in one region. Winning conquest battles will give you tons of XP and bonus gear!

Check Out How to Win Conquest Battles Here

Conquest Battles will activate once you bring down the leader's power down enough for them to be weakened. You can do this by raiding forts, killing elite soldiers, and burning war supplies.

Find vulnerable regions ready to for a conquest battle by looking around your map. Nations will gradually see an imbalance of power that you can take advantage of to start a conquest battle.

You don't get much XP by simply eliminating enemies. It's better to do the main story quest, side missions, and others to level up faster.

What Do You Get When You Level Up?

Better Stats with Each Level

Every time you level up, you will receive a boost in stats, whether in damage, health or defense. The higher your level, the better your stats are.

Some abilities are locked out until you reach a certain level and/or Spear of Leonidas upgrade. These Ability Tiers are relatively more powerful and will help you to win against higher level enemies.

Weapons and Armor have level requirements and cannot be equipped if you're below that requirement. Leveling up will allow you to use better gear!

How Do You Level Up?

Fill Up XP Bar To Level Up

There is a certain number of XP points needed to leve up in Assassin's Creed Odyssey. Fill up your XP Bar to get to the next level!

Going through story progression, side missions, conquest battles, eliminating mercenaries & clearing out enemy bases all give you XP for leveling up.

Have any of you considered that some people are VERY new to the game and/or have never placed any AC games before? Just because you personally didn't learn anything, and you are anonymous on the internet, doesn't exempt you from basic human decency.

Seriously, this tips are so lame.