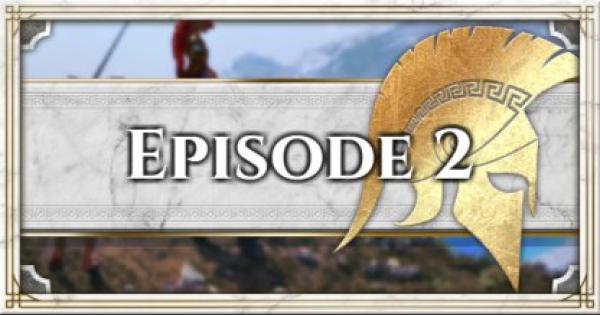 Complete the main quest of Assassin's Creed Odyssey with this guide! Included are walkthrough, guide, tips, and more for Episode 2!!!

In this chapter, you'll learn how to commandeer your own boat, participate in naval battles & conquest battles, and how to tip the balance of power between Sparta & Athens.

Check Out The Basics Of Naval Combat!

You need to hold your aim & release buttons to shoot arrows. Make sure to aim & volley them so that they'll reach the enemy ship.

3. Boarding Enemy Boats Is Not Necessary

Once an enemy ship's health is depleted, you have the option to kill enemies on-board. This isn't necessary & you can instantly sink the ship by cleaving it in two with your own ship's hull.

3. Knock Out Enemies & Recruit Them

From this point, you can start knocking down powerful foes, even mercenaries, & recruit them to work for you on your ship. This will greatly increase your ship's statistics.

2. Take Out the Smaller Ships First

The Athenian Blockade consists of two smaller ships & one large barge. The smaller ships move faster so take them out first before you concentrate your fire on the larger one.

2. Deplete Ship's Health Before Destroying Them

Once a ship's health bar is almost empty, they'll stay still in the waters. You can leave them there and handle the other ships attacking you first.

This decision doesn't affect your future gameplay as Stentor will still grant you his symbol to help in the war efforts. Choose according to your preference.

In Fort Geraneia, you don't need to kill all the enemies. Just sneak around enough and steal the Nation Treasure to vastly lower Nation Power.

Burning War Supplies & Killing Base Camp Leaders will decrease Nation Power immensely. You can find both in Forts & enemy bases so try to clear them out.

When fighting hordes of enemies, locate & eliminate the enemy captains & heroes to vastly gain an advantage in the battle. They're marked by a golden crown & border in their level icon.

This is a very important decision in the game. Choosing to spare Nikolaos will give you access to the good ending while killing him will lead you to the bad ending.