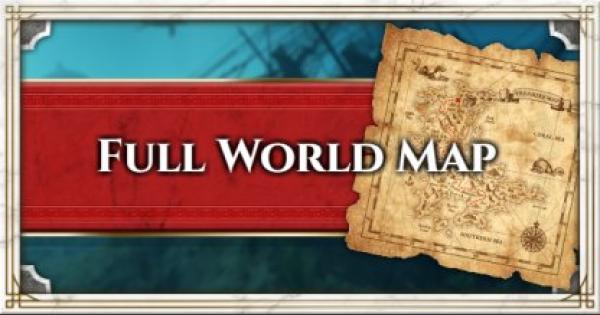 Travel On Land Or By Sea

Players can traverse the terrains of Ancient Greece on-foot, on horseback, or through the seas by boat.

Kephallonia Island plays host to the start of your character's adventures. It features mountain peaks & sandy beaches and holds remnants of a once flourishing island.

Check Out Kephallonia Side Quests

A vast region that has everything you would ever need to find, Northern Greece is dotted with forests, marshes, salt flats, and more.

In the forest region of Phokis, you can find the Sanctuary of Delphi and the Temple of Apollo, where the Oracle of Delphi used to reside.

Check Out Phokis Side Quests

A forest area where Leonidas & Xerxes stood face-to-face in battle. It is now populated by flora & fauna and the occasional hunter.

Located at the most northern part of Greece, Makedonia plays an integral role in Peloponnesian War, especially Potidaea & Amphipolis.

Lokris is famous for its large salt flats & sea shore salt fields. Its booming industry has made it a battlefield for resources.

Check Out Lokris Side Quests

Attika Peninsula is the home of many Greeks, making it densely populated & heavy in foot-traffic. Many known tourist spots can also be found in this region.

Athens can be found in the middle of Attika. The crucial center for the battle of power between its neighboring regions, it is also the home of many famous spots & landmarks.

Check Out Attika Side Quests

The legendary city of Thebes can be found in Boeotia. Once peaceful, many of its cities & villages have been pillaged & ravaged by war.

Megaris sits in the middle of the possible tipping point in the war between Sparta & Athens.

Check Out Megaris Side Quests

Filled to the brim with lush forests & trees, the Forest Islands are a wonderful sight to visit & behold.

The landscape of the Petrified Islands includes an ancient mythical forest & the home of the famous poet Sappho. It is currently under the jurisdiction of Athens due to its past rebellion.

Check Out Petrified Islands Side Quests

The Abantis Islands is caught in the middle of a civil war between Chalcis & Eretria, two cities fighting for control of the region's resources & commercial industry.

Check Out Abantis Islands Side Quests

The Hepahestos Islands have flourished over the years due to its prolific mining industry & marble quarries.

Head to the Paradise Islands if you're looking for pristine white beaches. The environment is perfect for relaxing & unwinding.

The Silver Islands is a gorgeous region with picture-perfect spots at every turn. It also used to be the home of the famous silver fortune of the Delian League.

Check Out Silver Islands Side Quests

Pirate Island has lost most of its riches & its population after being ransacked by pirates.

Check Out Pirate Island Side Quests

Check Out Southern Sporades Side Quests

Check Out Naxos Island Side Quests

Extremely rich in marble resources due to its large quarry, Paros Island hosts many artisans working with the marble material.

The Arid Islands is a hot and dangerous place to be. It has several active volcanoes that may pop at any time.

The Volcanic Islands is exactly what its name suggests. It's a desolate place where nothing has grown due to the highly active volcanoes in its area.

Check Out Volcanic Islands Side Quests

For fans of the legendary Minotaur, Pephka has made its trade & coin with its local shrine featuring the mythical creature.

Check Out Pephka Side Quests

Situated in an dry, arid, & ruined area, Messara is known as the place where Zeus was hidden from his father, Kronos.

Check Out Messara Side Quests

Obsidian Islands is mostly known for its resources of volcanic glass - obsidian.

Check Out Obsidian Islands Side Quests

You can find the Temple of Aphrodite in Kythera. It also has a booming murex dye industry, producing the rare & valuable dye through murex shells found in its coasts.

Check Out Kythera Side Quests

Peloponnese takes center stage in the vast political history of Greece. It is known to be the host of the original Olympic Games.

Lowly populated, Arkadia is the agricultural center of the region and is known as the "Breadbasket of the Peloponnese".

Korinthia is one of the biggest cities in Greece. Home to a Temple of Aphrodite, the city is know for beautiful pottery & its high-class prostitutes called hetairai.

Check Out Korinthia Side Quests

Known to be the birthplace of the Hippokrates Oath, the region of Argolis has a long-standing history.

Check Out Argolis Side Quests

Home to the Spartans & its superior military capacity, Lakonia is a lush, flourishing region surrounded by mountains as perfect natural defenses.

Check Out Lakonia Side Quests

Look no further for war supplies and weaponry. Messenia's land has been turned into a military factory, producing weapons & machines for war efforts.

A shipyard & naval construction base, Achaia has turned to the business of making and producing ships.

Elis is currently the home of the Olympic Games and is known for Phidias's statue of Zeus in the Temple of Zeus.