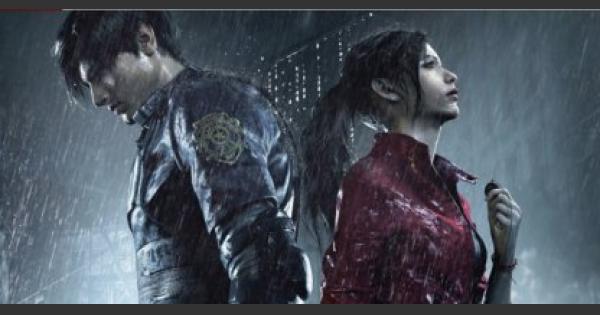 Resident Evil 2 Remake | RE2
Differences Between Claire Vs. Leon: Who To Play First

Find out the differences between Claire & Leon in this Resident Evil 2 (RE2) guide! Know their weapons, advantages, partner characters, who to play first, and more!

Who Should I Play First?

Play As Leon First To Get Access To More Guns

Leon is a police officer and will have access to a variety of guns - a handgun, shotgun, a Magnum, and eventually a Rocket Launcher. If you like bullets & firepower, choose Leon.

Claire is able to pick up unique weapons in this game such as the Grenade Launcher and the Mini-Gun. Powerful and capable of one-shot killing enemies, choose Claire if you want an unconventional way of killing zombies.

You need to just complete Side A & Side B of one character in order to get the true ending. So you can choose whichever character you want to play first.

Leon and Claire will be able to find and equip different sets of weapons in the Resident Evil 2 remake. They both get handguns but in different models. Leon will have access to typical weapons while Claire gets unconventional ones.

The only shared weapon that Leon and Claire have is the Combat Knife. This is received when you first talk to Marvin. You can also get an infinite number of knives when you shoot all 15 Mr. Raccoon dolls throughout the city.

During some point in the story walkthrough, you get to play as different characters, depending on whether you chose to play as Claire or Leon.

Claire and Leon mostly have different characters in their playthrough but even if they do meet the same character, their interactions and reactions will be very different from each other.

Play As Ada With Leon's Story

In Leon's story, he encounters and works with the mysterious Ada Wong. In Pt. 4, you will be able to play as Ada and your objective is to get through the Sewers into the Disposal Plant.

Play As Sherry In Claire's Story

In Pt. 4 of Claire's story, you get to play as Sherry - the little girl who has mysteriously survived the calamity in Raccoon City. As Sherry, you need to solve puzzles to escape the Chief's grasp.

Leon and Claire's story is basically the same. The main difference is that the perspectives are changed and their objectives to get to their goal is also unique to them.

Certain Areas Can Only Be Accessed By Claire/Leon

Depending on which part of the story you're in, there are some areas that can only be accessed by Claire or Leon. These areas depend on either one's objective and current item inventory.

Leon is just a police officer that happens to have been assigned to the Raccoon City Police Department. He arrives in the city just as the outbreak is at its worst. His main objective is to survive in order to stop the virus from spreading.

Claire Goes To Raccoon City To Find Her Brother

Claire's main mission in Raccoon City is to find her missing brother, Chris Redfield. She encounters Sherry Berkings, aiming to protect & save her while escaping the zombie outbreak.

At the end of their stories, Claire & Leon will each face final boss that are different from each other. Leon will have to fight against Super Tyrant and Claire combats the mutated latter form of G.

The Tyrant is a scary man-monster that stalks you throughout the story. Leon faces his Super Tyrant form at the end of the game & must kill him in order to survive.

Claire has to face the latter mutated forms of G as her final boss in Resident Evil 2. She must take him down in order for her and Sherry to escape.

Check Out The Strategy Vs. G (4th Form)!