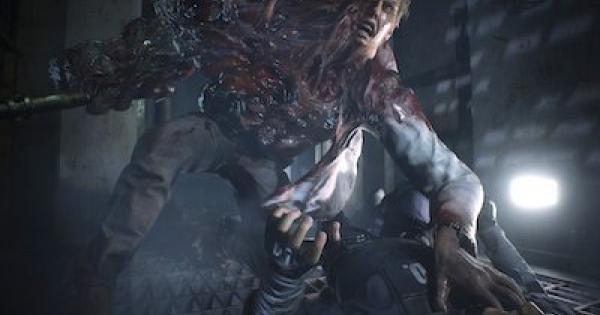 Knowing who your enemies are in Raccoon City is key to survival. Check out this guide for all the list of enemies in Resident Evil 2, their characteristics, and weaknesses here!

How To Deal With Certain Enemies

The most common enemies in the game, they are residents of Raccoon City infected by the T-Virus. You can use the handgun to repel or kill them.

Check Out The M19 Handgun for Leon Here!

Dogs of Raccoon City infected with the T-Virus. Make sure to take them out fast, and never let yourself be ganged up by these creatures.

A mysterious hulking enemy that stalks you around the Raccoon City Police Station when it hears your gunshots. Be prepared to run, or make use of your powerful weapons to knock him out for a while.

Check Out How to Deal & Defeat the Tyrant Here!

Fast and strong, these zombies crawl on walls and ceilings. However, they are blind so you can sneak past them or use silent weapons. Using the shotgun or the grenade launcher can take them down fast.

Check out How to Deal With and Defeat the Licker Here!

The Ivy's appearance is a combination of a Zombie and a plant. It attacks using the vines on its body. You need to shoot at the yellow bulbous tumors around its body to knock it down.

Check Out How to Deal With and Defeat Ivy Here!

The Giant Alligator can be found living in the Sewers under Raccoon City. It attacks using its giant jaws which you need to avoid by running left or right. You can kill it by shooting at the pipe it bites on to cause a huge explosion.

Grown version of G-Type Young. You need to fight against in close range , and with its young ones across the floor you have multiple targets to deal with at the same time.

A Multi-form monster and mutated form of William Birkin. The creature known as G evolves the first to the fourth form. Avoid his large arm by keeping a distance between your self and G.

The second form of the G Monster, it has an even more mutated arm and head. Be careful of continuous attacks by this enemy, and use the Crane to defeat it during the encounter.

The third form of the G Monster. This form's left side has mutated to match the right side of its body. The eyes that surround its body are weak points that you can shoot to expose its chest to deal a significant amount of damage.

G's fourth form has mutated further, replacing its head with multiple eyes bulging out of its chest & body. Its size also gave it a wide area of attack. Keep a safe space from G while shooting at it with the Minigun.

Check out How to Get The Minigun Here!

G fifth form has mutated into a giant pile of meat. As it tries to consume the train, it will rarely attack. Shoot at its eye with high-powered weapons like the Minigun or the Rocket Launcher to kill it.

Check out How to Get The Rocket Launcher Here!

Know Your Enemy and Prepare Accordingly

Certain enemies like plants, are weak to fire damage. So prepare ahead and carry a flamethrower or a grenade launcher loaded with flame rounds to take them out easily.

Check out How to Get The Flamethrower Here!

Try and see how weapons affect each body part. For example, headshots deal a lot of damage, especially with a shotgun. While shots to limbs can stagger zombies and help you escape.

Check Out How To Get The Shotgun Here!

When engaging enemies and bosses, look for weak spots. These are usually engorged body parts, eyes, or exposed organs.

Listen for Audio Cues and Hear What's Ahead

Strap on your headphones and listen for audio cues such as growling, groaning or banging sounds. These are usually signs that enemies are close by.

Run If Needed and Focus on Surviving

Unlike traditional zombie horde games, Resident Evil focuses on survival. There's no shame in running to fight another day.

How To Deal With Certain Enemies

How To Deal With The Tyrant

The Titan Relentlessly Follows You

Once the Titan appears, expect it to follow you around the map. If you get too close, it will deal a large amount of damage. Make use of spacious and wide areas to keep a safe distance and pass the Tyrant without getting damaged.

Do Not Fight The Tyrant

You will not be able to kill the Tyrant. Dealing a certain amount of damage will immobilize it only for a little while. It will then continue to follow you after getting back on its feet. It is advised to run away from the Tyrant to preserve your bullets.

Here's How To Deal With and Defeat Tyrant!

How To Deal With The Licker

Aim For The Brain To Deal Critical Damage

The Licker's weak point is the exposed brain on its head. Shoot at this spot to deal critical damage, and make quick work of this strong and fast enemy. The Licker also roars before attacking. Use this opening to shoot at it.

The Licker Can Stick To Walls & Ceilings

The Licker has the ability to cling to walls and ceilings. At times, it may be unnoticeable when looking straight ahead. Make it a habit to check your surroundings regularly by using the camera. This will lessen the chances of you getting hit by it.

Despite its superior hearing ability, the Licker is blind. If you are trying to avoid combat, it would be best to make as little noise as possible. Walking slowly, and not shooting your weapon are ways to avoid fighting the Licker.

Check Out How To Defeat The Licker!