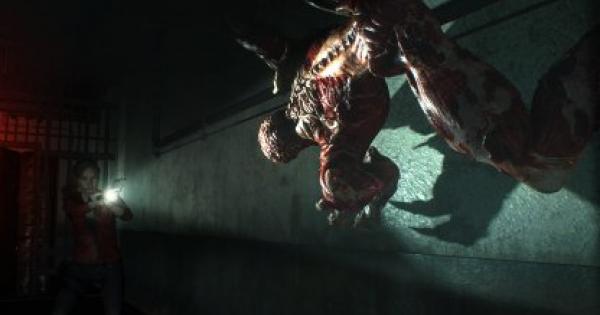 Check out this guide for tips on how to handle & deal with the Licker. Here, we summarize where and when you'll encounter the Licker, how to avoid it, and how to defeat the Licker in each of Leon's and Claire's story.

How to Deal With the Licker

Recommended Actions to Take When Engaging the Licker

Avoid Battle With The Licker

It is recommended to avoid fighting the Licker as much as possible. It's high durability and strong attacks make each encounter very risky. If attempting to clear the game fast, it is a waste of time to fight it.

Remember The Place Where You Encountered the Licker

When you successfully avoid a Licker encounter, make sure to remember the place. You can prevent unnecessary damage when you have to backtrack and go through the same place again.

How to Avoid the Licker

Use Flashbang to Stun the Licker

It is recommended to use the Flashbang to avoid the Licker. When hit by a Flashbang, it stops moving for a while, giving you a quick window to escape.

Walk Slowly to Avoid The Licker

Lickers are blind but have a heightened sense of hearing. Make as little noise as possible and walk slowly to safely pass Lickers. However, being too close to the Licker will alert it so be careful.

Start Running When a Door Is Near

You can safely start running when a door is near as the Licker is unable to open doors.

How to Defeat the Licker

The Licker's brain is exposed, making it an obvious weakspot. Focus your fire towards its head for unavoidable encounters.

When you cannot avoid an encounter with the Licker, use powerful weapons to defeat it. Given its high durability, using standard weapons like the handgun will just waste your ammo, and you'll waste precious health in the process.

When Playing as Claire, Use the Grenade Launcher

Much More Challenging When Playing as Leon

In the case of Leon though, it will be more challenging as he has fewer weapons that deal effective hits. Even the Magnum requires more than a single hit, so it's recommended to just avoid it when you can.

This place is occupied by a lot of zombies, the Licker, and even sometimes the Tyrant, so it's better to avoid this area except when picking up items in the Safety Deposit Room and Operations Room.

There will be a lot of times that you'll take this path so it's recommended to take the Licker out.

The Licker appears only at the back after collecting the items in this room. Get out of the room as quickly as you can.

Appears only after acquiring the Maiden Medallion

Make sure to prop up the shelf that falls over after the explosion so you'll have an easy way to escape the Licker next time you go through this room.

Kill the Licker If You Have Ammo

If you keep moving on foot until it appears, it will not hit you with a sudden strike. Take it down if you have enough ammunition.

You won't pass this area much during the game so it's best to just avoid the Licker here. There's some wide space here you can safely pass through but always be prepared to engage.

There will be two Lickers appearing here so be prepared. They will appear as soon as you head for the exit. Take them out with a Grenade Launcher for Claire, or Leon's Flamethrower.

What is The Licker?

Licker is an advanced stage mutation of the zombies. They've evolved to be much faster than standard zombies, and chases prey with their claws and long tongue.

The Licker is Blind

The Licker cannot see enemies due to its eyesight degeneration but developed instead enhanced hearing. It's always best to walk slowly and avoid firing weapons to successfully avoid Lickers.