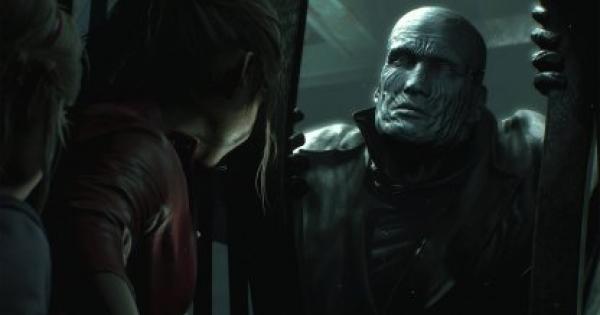 Check out this guide for tips on how to handle and deal with the Tyrant (Mr. X). Here, we summarize where and when you'll encounter the Tyrant, how to avoid him, and how to defeat the Super Tyrant in Leon's campaign.

How to Deal With the Tyrant

Avoid And Run From The Tyrant

No matter what you do and how much you shoot, the Tyrant cannot be defeated. In addition, it will launch a powerful punch attack when you approach it. Save your ammunition and health and run from it when you see it.

Tyrant Will Stop Moving If You Deal Enough Damage

When you deal enough damage to the Tyrant, it will stop and kneel for a certain time. However, this strategy will consume ammo and items and is not recommended.

Lure Him to an Open Space

If you encounter the Tyrant, we recommend, lure it to a wide open space. The Tyrant moves slowly, and it's easier to evade him through his sides.

Tyrant is always moving around the map and listening for any hints of your whereabouts, including gunshots. When you hear his footsteps and when the music changes, be prepared to run and avoid fighting him.

Watch Out for Heavy Footsteps

You will hear heavy footsteps when the Tyrant is near. If you hear them, listen carefully as to where they are and run towards the other way.

Make Use of Safe Areas

There are several areas in the map where the Tyrant cannot enter. These are usually places with typewriters and item boxes. Run to these areas to lose the Tyrant.

Rooms Where the Tyrant Cannot Come In

Can You Beat the Tyrant Early?

It Is Impossible to Beat it Early in Leon's Story

You can not defeat the Tyrant in any way up to the fight with the Super Tyrant in Leon's playthrough. Check the map in advance and look for safe points to escape to when exploring.

For Claire's story, there's a point where the Tyrant will be defeated by G (William Burkins) halfway through the story, so it is possible to explore the RPD in the second half.

How to Defeat the Super Tyrant

Kill the Tyrant with the Rocket Launcher

Ada will throw a Rocket Launcher at a certain point of the Super Tyrant fight. Use this to beat him instantly.

You Can Defeat it Without Dealing Any Damage

Even without dealing damage, you can beat the Super Tyrant. You can get the Rocket Launcher when you have 2 minutes, 50 seconds left (in Assisted Mode). Just be careful to dodge all his attacks. However, attacking him will shorten the time until the Rocket Launcher gets tossed in.

Use your weapons sparingly and time your attacks. Attack when his heart on his right chest is exposed and be careful to dodge when he prepares to attack.

Tyrant Has a One Shot Kill Attack

After a certain period of time, the Tyrant will start doing charged attacks. Although this move has a significantly long wind-up, it can kill you instantly. Leon will phrase "Uh-oh, not good.", prompting the attack.

It is Interrupted With Constant Damage

His charged attack can be interrupted by constant damage to the Tyrant's heart. 2-3 shots from the Magnum can interrupt the attack.

You Can Also Interrupt Using a Flashbang

You can throw a flashbang to instantly interrupt the charge attack.

Trophies You Can Earn When Fighting the Tyrant

A trophy you can earn when shooting the Tyrant's hat. This is easily acquirable if you have a good aim, but be careful as he rages quickly after.

"In the Blink of An Eye"

You earn this Trophy when you beat the Super Tyrant with 5 minutes to spare until the laboratory's self destruction. Make your shots count so you can spawn the Rocket Launcher fast.

What is The Tyrant?

B.O.W. Manufactured by The Umbrella Corporation

Tyrant is a B.O.W. (Bio-Organic Weapon) developed by the Umbrella Corporation. It is also said to be a masterpiece of Umbrella which combines high attack power, durability, and intelligence.

His Trench Coat Has a Secret

The black coat worn by Tyrant has high ballistic resistance. By combining this with the strength of the body, it exerts astounding durability. Also, the suit seems to play a role as a restraint to prevent it from going out of control.