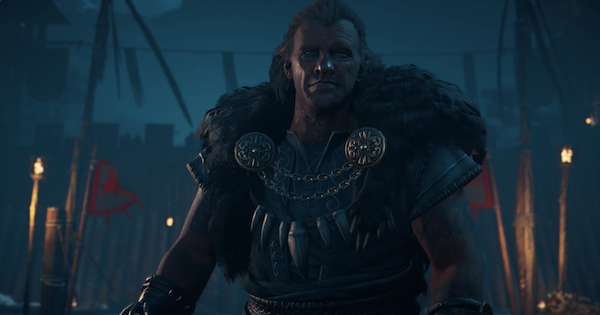 A Cruel Destiny - How To Unlock & Rewards

※This mission was accomplished by the writer while at power level 10!!!

In this quest, the player will head to Kjovte's Fortress for a duel but will however ended up raiding the whole fortress.

A Cruel Destiny - How To Unlock

To unlock the A Cruel Destiny, you need to finish the previous quest, Rude Awakening. Without doing so, you will not have access to this quests.

1. Head To Florli And Talk To Sigurd - Tips

Sigurd Is At The Top Of The Tower

Sigurd is based on the top of the tower inside Florli. Talk to him to start a cutscene.

When His Eyes Starts Glowing Step Back

Before the boss attack, his eyes will grow red or yellow. Red signifies heavy attacks using with huge damage and yellow signifies fast attacks. Quickly step back or move away from the boss upon seeing this.

The Boss Has Three Phases

The boss has a total of three phases with increasing difficulty each phase. The moves that the boss uses increases for every phase.

3. Destroy The Gate Lock From Behind - Tips

Climb The Ladder Closest To The Entrance

There will be several choices on which ladder to climb. To unlock the gate faster, climb the ladder closest to the right of the entrance.

4. Climb The Tower To Get Further Inside The Village - Tips

The Tower Is At The North-East

From the first entrance you've unlock, head north-east to find the tower connecting to the center of the fortress. Unlock the entrance by destroying the lock from the inside.

Head Inside The Temple - Tips

Temple Is Located In The Middle Of The Fortress

The temple can be found upon unlocking the second door. Head straight to inside it to find Gorm. However, be careful for it is surrounded by mobs.

During this phase, the boss will not use any weapon and will try to deal damage using his arms.

Kjovte's eyes will glow bright red and will attack you with his arm. Move backwards or to the other direction to dodge and attack right after

After dealing a certain amount of damage, the boss will grab its dual axe.

The Boss's eyes will grow yellow and will perform a two-combo axe attack. Step backwards or move the other direction to dodge. After the combo, the boss will be open for counter.

The eyes of the boss will glow red and he will perform a huge swing that deals significant amount of damage. To dodge, move away from the boss. It often triggers while you are on a combo. It is advised to focus on dodging.

After dealing more than half of damage, a short cutscene will play signifying the phase 3 of the boss. The boss will have the combo of Phase 2 together with some new attacks.

The boss will grab a dead body and slam it towards you. Since the boss will chase after you, it is difficult to dodge however it does not deal significant damage. To dodge, jump backwards during the last second of the attack.