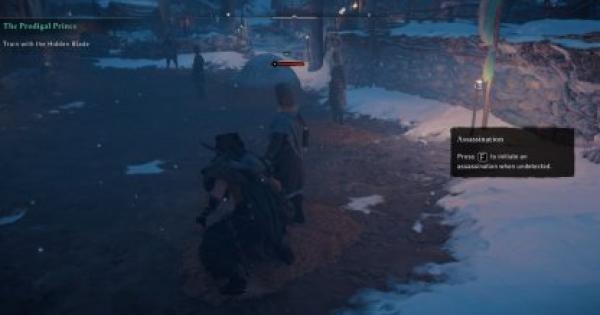 Prodigal Prince - How To Unlock & Rewards

The writer was at power lvl 3 when this mission was cleared!!!

This quest will be a tutorial quest focusing on different kinds of assassinations in-game as this mission will introduce the Hidden Blade weapon to the character.

Prodigal Prince - How To Unlock

To unlock the Prodigal Prince, you need to finish the previous quest, Family Matters. Without doing so, you will not have access to this quests.

Hidden Blade would allow the player to assassinate enemies in the game.

Stand beside the straw enemy and press the Assassinate Button.

This target will not be defeated in one strike. Stab twice to defeat.

Climb the platform in front of the straw man, and assassinate the target placed close the ledge.

Further climb the platform and head to the plank. Press the Assassinate Button to defeat the target.