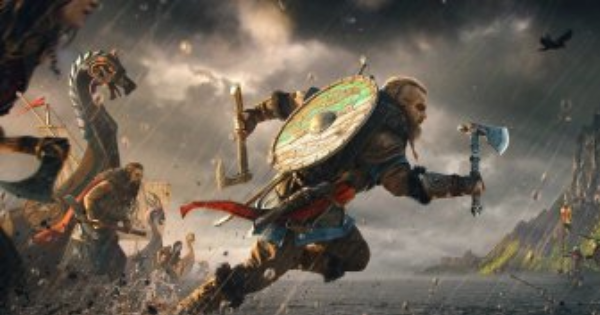 This is the latest title update to be released for Assassin's Creed Valhalla. This includes a number of bug fixes, gameplay updates, and more!

Check Out The 1.0.4 Patch Update Here

The first 1.0.4 Title Update will be released on November 26, 2020. This is subject to time zones so the release may not be the same as everyone.

The new Post Launch trailer shows what to expect from Assassin's Creed Valhalla a year from release. With 2 DLCs, bonus story, and additional content, it has something for base players and season pass owners.

All Editions Available For Next Gen Upgrade

It's been confirmed by Ubisoft that players who purchase the game on the PS4 and Xbox One can upgrade their game for free on the next-gen consoles. This is available for both physical and digital editions.

Get to know Elvior, the player character, and more on his background before the release of Assassin's Creed Valhalla with the new story trailer. This will also give you a glimpse of other characters you will meet during your adventure through England.

The release date for Assassin's Creed Valhalla has been confirmed to be November 10, 2020 on the Ubisoft Forward presentation!

Check out the very first in-game look at the Assassin's Creed Valhalla in this trailer, released on May 7th 2020. This trailer features first look at the castle sieges and homestead raids in action!

>> Check Out The Editions & Prices Here