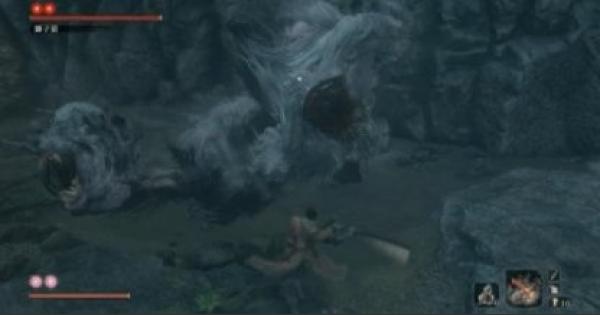 Halfway through the fight, a 2nd Guardian Ape will appear. Use your Firecracker Prosthetic Tool as this 2nd Guardian Ape is much more vulnerable to it. You can easily stun it with the Firecracker, deal damage to its Posture, then defeat it with a Deathblow.

Check Out How To Get Firecracker Here!

The Guardian Ape will be hanging on a wall when you get to its area. Dash forward and hit it 3 times before the battle starts. Be careful not to hit it a 4th time as it will hit you back.

In 1-on-1 Battle, Attack After Guardian Ape Attacks

Aim To Counterattack After Guardian Ape Attacks You

The Guardian Ape opens itself up for various counterattacks after it tries to attack you. After avoiding its attacks, you can land 1-2 hits safely. If it moves to attack you back, you can easily avoid damage by widening the distance between you.

When you deal a certain amount of damage to the Guardian Ape, it'll flinch and be vulnerable to attacks. Take advantage of this situation to land 4-5 hits on it.

Use Firecracker To Cancel Large Attacks By 2nd Ape

The Firecracker is a useful tool to disrupt the 2nd Guardian Apes big attacks. Wait for them to rear up to attack you then use the Firecracker to cancel their move out and stun them. You can then move in to deal damage to them.

This move is easy to avoid. You can simply dodge opposite direction of the last sword strike.

This is a dangerous move to hang around in. When you see the Guardian Ape preparing to roar, immediately run away. Keeping in the vicinity of the blood roar will raise your Terror bar and you can instantly die when you get hit.

This is a good move to take advantage of! When the Guardian Ape lands and strikes with its sword, move to the left to avoid taking damage. Then you can land several hits on the Ape after. If you're close to the Ape when he does this attack, just move to the left and deal continuous hits.

You can't guard or deflect this attack. The best way to avoid it is by jumping. This move has little opening so it's hard to counterattack. If you jump and land closely to the Guardian Ape, you can do a few hits to it.

The Guardian Ape will do 5 continuous sword slashes if it turns around after the 2nd slash. You can parry the 5 slashes, then put in a few hits. If it makes toward an overhead swing attack, dodge away from it to avoid getting hit.

After the Guardian Ape does a large jump, it'll do a Perilous Attack - a horizontal swing. You can jump or keep your distance to avoid this move. If you're in close range, you can jump to avoid the horizontal slash then step near the Ape to deal some hits of your own.

This move is similar to the 5 Continuous Slashes. To tell the difference, if the Guardian Ape turns back after the 2nd slash, he'll continue with 3 more slashes. Since this is a fast move and hard to counter, it's best to wait for another attack opening.