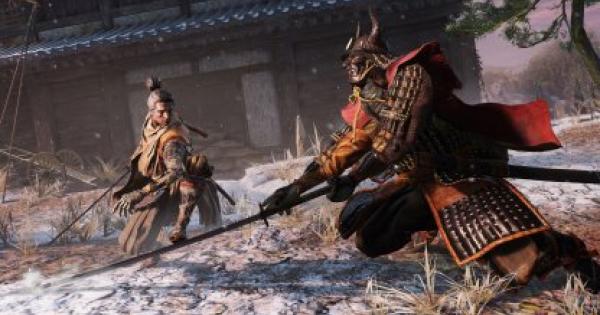 Learn all about the main character and non-playable characters that make up Sekiro: Shadows Die Twice in this guide. This includes their background, their role in the story and more!

A loyal shinobi who has worn his sword to protect and obey the Divine Heir. When the Ashina Commander came to abduct his master, Wolf was unable to stop the enemy and lost his left arm in defeat. Now, outfitted with a prosthetic arm, Wolf sets forth to rescue his master and fulfill the Shinobi code he adheres to; “The Lord is absolute, protect with your life”.

Wolf's master, the Divine Heir is a descendent of a mysterious bloodline and the last of his kind. It is due to his unique ancestry that the Ashina forces came forth to capture him. His rescue is what drives Wolf forward.

The Sculptor is a single-armed carver of Buddha Statues living deep within the mountains. The Hermit was one who happened upon Wolf after his defeat and outfitted the shinobi with the prosthetic arm to replace the one he lost in battle.

Emma is a young healer, and by orders from her master she attempts to assist Wolf in his journey. Emma does not reveal her intention as to why she plans to help the Wolf out, or who her master is. She can create a cure for Dragonrot when you bring her the blood sample of those afflicted with the disease.

A formidable shinobi serving under no specific master, the Owl took in Wolf as a child and raised him under his tutelage to follow the Shinobi Code; “The Lord is absolute, protect with your life”.

The powerful commander of the Ashina clan. It was him who came forth one moonlit night to take the Divine Heir. He sliced off Wolf's left arm and succeeded in abducting the young lord.