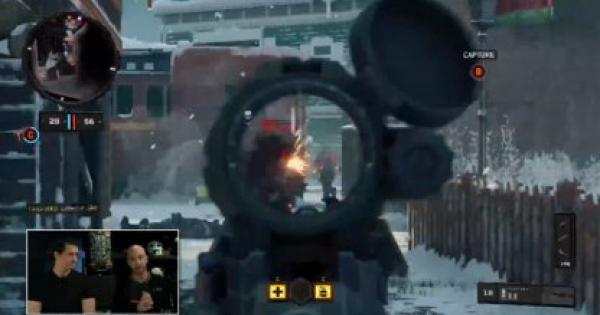 Learn more about the new CoD: BO4 update coming this March 26! In this update, players will get the Barebones & other new multiplayer modes, weapon balancing, Blackout changes, the launch of "Ancient Evil" in Zombies, and improvements to League Play!

In this latest update, players can expect changes to all modes of Call of Duty, including new multiplayer modes, including the new Barebones mode, weapon balancing, World League & League Play changes, and changes in Blackout.

In Barebones mode, players will get to play how it feels like in earlier Black Ops games, with no specialists, no gear and no operator mods. Certain equipment will be single use and will not recharge until your next respawn.

A mashup of Team Deathmatch and Domination where both capturing domination points, and enemy kills will count towards the team's overall score.

An iteration of the map Arsenal but with a sandstorm weather effect, which significantly reduces visibility in the map.

EMP Grenades Can Now Be Picked Up

Zero's EMP grenades will now be available as a pick up in Blackout Mode. As with Multiplayer, this grenade will disrupt enemy equipment including barricades, mesh mines, as well as all vehicles in Blackout!

Outrider's Sparrow explosive bow and arrow can now be picked up from supply drops in Blackout!

Players will now receive more damage the longer they stay in the collapse. This is to counter players hiding in the collapse late game with Outlander and medical supplies.

Ambush LTM will be returning with a few changes. ATVs and ARAVs will no longer spawn, SDM will be removed, and shotguns will be included. More 4X scopes will also spawn.

Other Updates and Changes to Blackout

This new perk can cause zombies to explode, and leave behind a trail of gas which can cause other zombies in the area to explode as well!

10 new ranks will be added on top of the current 20 ranks in League Play, giving top tier players a higher tier to ascend to.

Check Out How To Rank Up In World League Mode Here!

There will be some changes as to how friendly fire works in league play.

Ricochet System At The Start Of Rounds

A player who shoots teammates off spawn will receive damage.

Players who kill friendlies 3 times will receive a match-long penalty which bounces back damage they do to teammates on themselves.