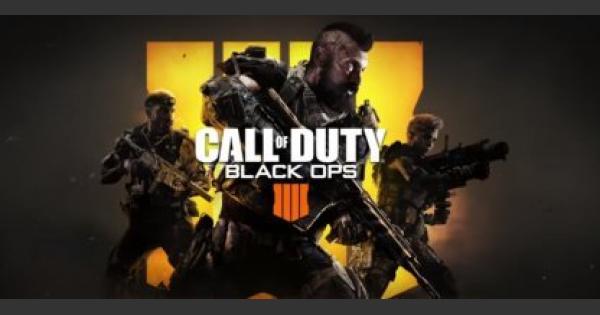 Learn about the significant changes made in the Nov. 15 - Update of CoD: BO4! This includes exclusive changes to the PC port of the game, as well as a variety of global updates for multiplayer & zombie mode

Exclusive changes and fixes, including gameplay, weapon, and game mode updates, has been released for the PC. These changes are solely for the PC port and will not be added to Console versions.

This update includes a number of bug fixes for the stability and gameplay of Blackout exclusively for the PC. This includes crash fixes, new keybinds, and resolutions to item usage in the game mode.

Stability, gameplay, multiplayer, and miscellaneous fixes were implemented across the game for the PC. Visual adjustements and name changes to Paintjobs are among the applied updates.

Torque has been removed from the CWL Search & Destroy. His Rador Wire has also been updated to no longer do damage when used in the CWL Custom Games.

Players can now track EKIA for the "Proactive Measures" challenges requirements in Domination and Control.

The bug that lets players apply Dark Matter, Gold, and Diamond Camos without the needed requirements has been patched.

Exploitable cover and grapple points in Firing Range and Nukatown have been cleared in this update.

Patched the problem where the game crashes when players try to shootdown Care Package, Mantis, and Strike Team Helicopters.

Cleared a bug that would cause a Player's score to be carried over to the next game's scoreboards.

The zombie update is mostly composed of stability updates to prevent circumstantial crashes. A patch has also been applied to prevent players from exploiting Elixer consumptions in the game mode.

Echelon progression requirements for Ranger, Airborne, Frogman, Seal, and Battle Hardened characters has been added to their descriptions.

Various issues and bug fixes for the game and Black Market were applies. This include fixes to random Tier Progress resets and the Black Market disappearing when switching mode menus.