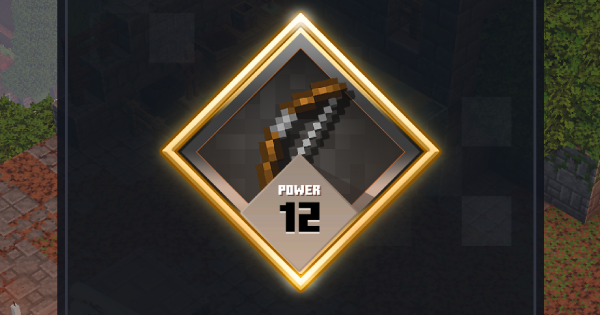 A newly added weapon from the Creeping Winters DLC, the Winter's Touch is great for crowd control. It will allow you to manage against multiple enemies at a time.

You'll only be able to acquire the Winter's Touch and other new weapons & items from the Creeping Winters level by playing levels from the DLC.

Check Out The Creeping Winter DLC!

The Growing Staff is a newly added weapon from the Jungle Awakens DLC. With good damage based on a good combo, it's great for crowd control and does well against Undead enemies.

Check Out the Growing Staff Here

New Best Weapons are expected to be added with the release of the Jungle Awakens DLC on July 1, 2020. We expect a change in the game's meta with the new items coming in!

Get Unique Weapons For Endgame

Unique weapons have special abilities and effects, making them specifically different from other rarities. For endgame, it will be better to get them for your builds.

All Unique Weapons - How To Get

The Pickaxe is a simple melee weapon that can be a great alternative for the Sword. It is not a rare drop and can be found at almost any stage.

Check Out The Pickaxe Here

The Crossbow is also a good alternative to the standard Bow. It provides more ranged damage but can be slower in shooting out projectiles.

Check Out The Crossbow Here

Daggers are swift and deadly. They may have low damage power but are great to be paired with debuff enchantments such as Poison Cloud to make it easier to apply status effects on mobs.

Check Out The Daggers Here

The Firebrand is a weapon that boasts the highest damage output when compared to other weapons of the same level. Its spin attack is able to apply a fireburn effect on enemies, making it perfect for crowds of enemies.

Check Out The Firebrand Here!

High damage with a unique life steal trait, the Heartstealer is a weapon worth farming. It has a pushback trait as well to keep enemies at a distance.

Heartstealer - Unique Stats & How To Get

For a fast attack, the Dancer's Sword is near unstoppable. It has one of the quickest attack speeds and has a continuous combo that you can keep doing.

The Harp Crossbow is arguably the best ranged weapon in the game. With a wide spread of arrows per shot, it's great for both bosses and mobs. Pairing it up with other artifacts like the Burning Quiver makes it even stronger.

Check Out The Harp Crossbow Here

Both does good damage when charged before being shot. However, this makes it more of a one-on-one type of bow. Using it to clear mobs may be hard.

Check Out The Weapons Here

The Hammer of Gravity is powerful with high damage & the ability to basically control enemy positions. This works great with either the Shockwave or the Swirling enchantments.

Check Out The Hammer Of Gravity

Cursed Axe has spin attack with medium fire speed allowing you to beat surrounding mobs easier. With the its unique trait, it can make mobs explode to eliminate nearby mobs.

Check Out Cursed Axe - How To Get Here

With its straight, you won't lose arrows every other shot. This is great for arrow management, but the damage is just in the middle.

Check Out the Hunter's Promise Here

The Whispering Spear is a weapon that has a long reach. It will allow you to attack enemies while hiding behind walls, giving you an edge in battle.

Check Out The Whispering Spear Here!

This weapon is especially useful against the game's final boss: the Mooshroom Monstrosity! You will be able to evade its attacks by getting behind walls, while at the same time damage it thanks to the Spear's unique ability!

Check Out The Moon Daggers Here!

Despite being close range weapons, these weapons have a fast attack speed, giving them a high chance to proc chance type enchantments. Just like the Moon Daggers, these go well with Radiance & Stunning, Wild Rage, or Chains & Thundering!

what about fighters bindings

The actual best weapon is moon daggers , but it is tan A tier unless is has swirling , critical hit , shockwave and gravity with wither armour

There is a better bow then the harp crossbow for endgame and it is the auto crossbow . Because it can do more damage si it is acatuly an equal .

What about grave bane because of the insanely high attack speed and wide range with great enchantments .