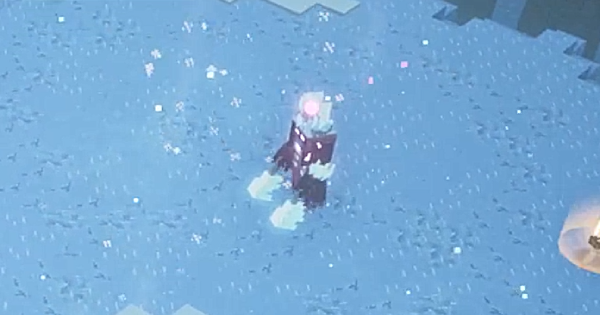 A Monster That Controls The Weather

The Wretched Wraith is a boss that controls the weather. It is a large wraith that has purple markings on its body, has glowing eyes, and has an ice crown.

Found In The Lone Fortress Level

The Wretched Wraith can be found in the Lone Fortress level. It is one of the new levels found in the Creeping Winter DLC!

Wretched Wraith - How To Beat

The Wretched Wraith is an enemy that usually relies on using long range attacks and projectiles to damage you. Constantly being on the move will allow you to safely dodge these attacks and keep safe.

Has A Single Fire Attack

The Wretched Wraith will fire a projectile at your last known location. This projectile fires quite slowly. Since it is only a single projectile, you can quickly evade this attack by being on the move.

At times, the Wraith will summon more mobs of enemies to harrass you during the fight. These enemies do not really put up much of a fight, so take care of them first before returning your focus to the boss.

Teleports Around The Map

The Wretched Wraith will teleport around the map in order to change positions. Employ a hit and run tactic to slowly whittle away at the boss's health!

You Can Fall Off The Map

Keep in mind that the arena where you fight the Wretched Wraith has no walls. Meaning that there is a chance to fall off the map. Try to avoid the edges of the map as much as you can to avoid sustaining unnecessary damage!