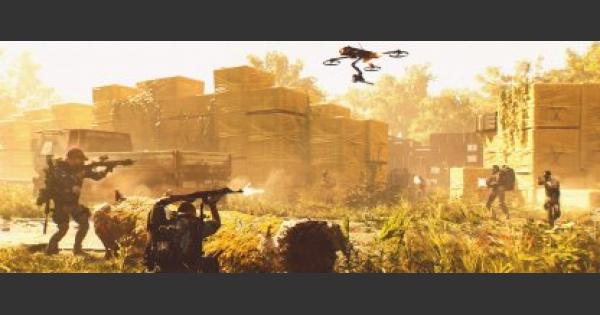 Title Update 4 brings in a new specialization that agents can use against enemy factions in DC: The Gunner. Wielding the Minigun signature weapon, it dishes out high sustained damage and can tank damage even when out of cover.

Agents, a new specialization is here. Introducing the Gunner, now available in The Division 2.

Earn the specialization in-game today, or unlock it immediately with The Division 2’s Year One Pass.

The April 16 maintenance update focuses on fixing issues in the gameplay for better quality of life in the game.

Check Out The Maintenance Update Here!

The Maintenance update has been deployed. With it comes various bug fixes that will improve the quality of life, and gameplay for players.

Check Out The Maintenance Update Here!

Releasing alongside the Tidal Basin Stronghold and World Tier 5, Division Agents will be in for a treat with the first apparel event titled "Invasion: Battle for D.C." During the event, players will receive Special Event Caches that contain new outfits and emotes, as well as Masks.

Tidal Basin is a Stronghold controlled by the Black Tusk. It is the newest Stronghold to be added to the game post-launch. Completing the Stronghold will unlock the difficulty World Tier 5!

The first patch update of Division 2 since its release resolved various bugs and issues that affected stability in the game. It also cleared up issues that can be exploited by players.

After the private beta of Division 2, an open beta has been announced. Players can register and get a sneak peek of the upcoming content for Division 2.

Check Out The Story Trailer Below:

In August 2018, Division 2 posted an update that announces open pre-orders, including the game editions that will be up for sale. It will have a Standard Edition, Gold Edition, Digital Ultimate Edition, Dark Zone Definitive Edition, and Phoenix Shield Collector's Edition.

Check Out Which Edition You Should Get Here

Those who pre-order Division 2 will receive a pre-order bonus called the Capitol Defender Pack. This will include two exclusive in-game items: "The Lullaby," an exotic SPAS-12 shotgun, and the Hazmat 2.0 outfit.

During E3 2018, Ubisoft revealed an exclusive Division 2 gameplay walkthrough trailer that revealed the upcoming game's setting and its release date on March 15, 2019.

Months after the incidents in Manhattan, the Division Agents have moved forward towards Washington D.C. - the capital of the United States.

Division 2 In The Works According To Ubisoft

In a news update talking about Division's roadmap, Ubisoft announced that a Division 2 is in the works. Studios such as Red Storm, Reflections, Annecy that have worked on Division will also be part of the Division 2 project.