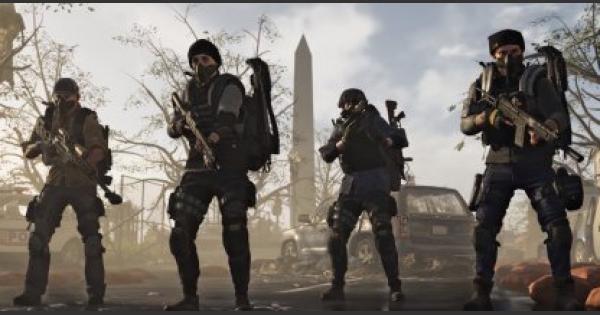 Division2
How to Co-op / Play with Friends in Multiplayer

Learn how you can play with friends in Tom Clancy's Division 2! This guide includes how to join multiplayer games, Co-op on missions, and more!

Check Out the Beginner's Guide & Tips

There are multiple ways you can join a group to play in Division 2! You can either invite friends, accept invites, or simply join a friend's group. You can also play with random players online.

How to Invite Friends

Open the Social Tab on Your Menu

From your menu, head to the Social Tab to see your friends list. You will be able to see there which friends are online.

Send an Invite to Available Players

You can send group invites to players from your friends list. Just make sure they're online and are willing to play together before sending them an invite.

How to Join a Friend's Game

Once you've been sent an invitation to a group, all you have to do is accept it! You will get a notification in your HUD when you get an invite to join a group.

You Can Join Games Without Invitation

There is also an option to join a friend's group without needing an invitation. Instead of sending an invite, select the option to Join Group. Ensure that it's okay with your friends first before joining.

How to Play with Random Players

Select Matchmaking at the Start of Missions

Before starting the mission, you will get the option to matchmake to play with other players. If you're not in a full group, it will fill up free player space with random players!

Check Out the Main Mission Walkthrough

Conflict PVPs are played in groups so it will match you with other players to form one if you aren't in one already. You can do this in the Conflict tab from the map.

Hunt Bounties With Other Players

Bounties are usually more difficult than standard bosses, and requires intel currency to activate, and once activated, you must enter the bounty area within a short span of time. Don't go at this alone, choose "Activate and Matchmake" in the Bounty tab in the map, to hunt bounties with other players!

Check Out Bounty System - How To Unlock Bounties Here!

Head on over to a Matchmaking Station in any of the Settlements, Safe Houses, or at your Base of Operation to start looking for players to join your team!

Play As A Squad of 4 Players

Co-op with up to 3 other players to complete missions or play a round of PVP in Division 2! You can even have them tag along as you explore the vast open world of the game.

Where Can You Play in Groups?

You can bring along a group of players to help you to complete missions together. The mission will play out just the same as it will if you do it solo, but it will spawn more enemies to accomodate the player number.

As a group organized PVP mode, Conflict PVP is made to be played in groups. You can bring your own team along or matchmake with other players to fight against an opposing team!

Raids are an upcoming feature that will amp up the difficulty so high that it will require 2 squads of 4 players to complete it! Clear objectives and work together to get the best out of your enemies.

Check Out the Raids Guide Here

Difference When Playing Missions in Multiplayer

The game will calculate the average level of a group's members and spawn enemies to that level. For example, a group of 2 players at level 10 and Level 30 will face level 20 enemies in the mission.

Don't expect missions to be cakewalks when playing in a group as the game will spawn more enemies to match your group members. The more members you have, the more mobs you'll have to face!

More Loot Drops Due to Increase in Enemies

Playing together does have its benefits since with more enemies around, there's a higher chance of getting dropped loot. Take down the mobs as a team and go out with as much loot as your inventory can handle.