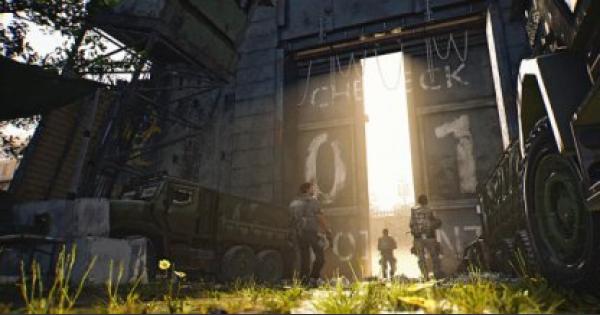 Read this Tom Clancy's The Division 2 guide on the game's Dark Zone PVP / PVE game mode. Including gameplay & survival tips, how to unlock the mode, and more!

Check Out The End-Game Guide!

How To Unlock Dark Zones

The first step in unlocking the Dark Zones in Division 2 is to recruit a staff member named "Senait Ezera". She can be found in the Theater settlement but progression through main story & side missions need to be done to have her pop up.

What Is The Dark Zone?

Dark Zones are special "contaminated" areas in the Division 2 map that focus on PVP mixed with PVE combat. Split into 3 (East, South, and West), players can expect high-risk, high-reward type of gaming in Dark Zones.

Players who misbehave in the Dark Zones will be labeled using the Rogue system. The goal here is to gain access to the Thieves Den - an exclusive vendor that only Agents with Rogue status can access.

Player skills and perks are normalized in Dark Zones, however, there will be a special Dark Zone-only perk system that unlock a tree of bonuses every 5 Dark Zone levels. These are perks that focus more on additional loot, inventory space, etc.

Most high tier, rare items found in Dark Zones will be contaminated and need extractions. Extractions take time and make you vulnerable to enemy attacks but successful operations will grant you powerful upgrades within the Dark Zone.

Occupied Dark Zones are server-wide events in the Division 2 map. A free-for-all game mode with no Rogue status, no normalization, & active friendly fire, it will be an extremely challenging, high-stakes event only for the most hardcore of players.

How To Survive In The Dark Zone

Team Up With Players You Know & Trust

Though there's a built-in matchmaking feature for venturing into the Dark Zone, it's always recommended to take it on with friends you can trust. This way, you won't be surprised with players suddenly turning Rogue on you to steal your hard earned loot.

When you're teamed up in a squad, it's better to have focused roles for each member of the team. Someone can run a healer setup, while others focus on firepower, which can greatly increase the team's survivability.

Early game, it's not that recommended to go Rogue since the rewards for it will not be worth the effort, so focus on doing clean DZ runs. Also, going Rogue notifies all players in the Dark Zone your location, prompting them to take you out.

Have A Separate Load Out For Dark Zone

It will be best to dedicate a separate load due to its PVPVE nature. Have a highly focused setup, such as a build that improves specific weapon damage, to maximize the firepower of your weapon.