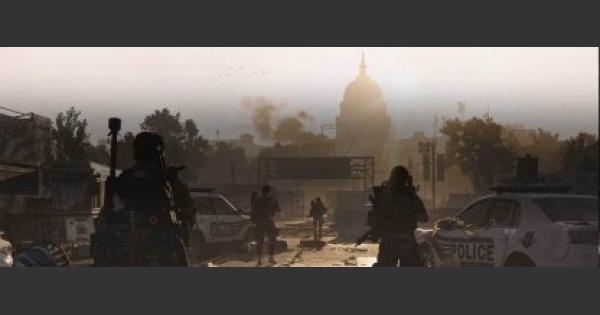 Division2
Which Edition Should You Get - Price & Comparison

Find out everything you need to know about the available editions of The Division 2! Check the editions and packages; including their content and version differences, DLC and feature inclusions, and prices!

Which Edition Of The Division 2 To Get?

NOTE: Prices may vary depending on your region, and store.

The Digital editions of Division 2 have cheaper price points, but offer less freebies relative to the other physical versions.

NOTE: Prices may vary depending on your region, and store.

Physical versions of the game are priced higher in relation to the digital editions, but offer more in terms of bonuses, and items that come along with the base game.

The Standard edition is perfect for players who are new to the Division franchise. The Standard Edition comes with the base game, and is the cheapest edition among all other versions.

Gold Edition For Those Who Just Can't Wait

The Gold Edition is great for players who want to get a head start against other players. The Gold Edition includes 3-Day Early Access to the game, and a 1-Year Pass which includes 7-day early access to all episodes.

Gold Steelbook Edition For Players Who Want The Steelbook

The Gold Steelbook Edition is a physical-only edition that includes all digital content found in the gold version, but also comes with a steelbook case for your game.

The Ultimate Edition For Players Who Want Extra Content

The Ultimate Edition is perfect for players who want more content right off the bat. The Ultimate Edition has all previously stated bonuses, and 3 additional digital packs: The Battleworn Secret Service Pack, Elite Agent Pack, and First Responder Pack.

The Dark Zone Collector's Edition is for long-time fans of the franchise. This edition includes, all digital content, plus a book of lithographs, soundtrack, Washington DC map, and 30cm figurine of Heather Ward!

This edition is for the most hardcore fans of the franchise. Aside from all of the digital content, includes a book of lithographs, soundtrack, world map, and a customizable figurine of Brian Johnson.

Players who pre-order the game are given the privilege to start playing the game in its Private Beta. Players who have the access to the Private Beta will be able to play it for a limited time even before the game's early access is live!

Players who pre-ordered the game will also get the Capitol Defender Pack which includes an Exotic SPAS-12 Shotgun, and a Hazmat 2.0 Outfit.

Includes The Base Game

The Standard Edition has the base game of Tom Clancy's: The Division 2. Pre-ordering will also net you the Capitol Defender Pack with "The Lullaby" Shotgun, and the Hazmat 2.0 Outfit.

Steelbook Case For Your Game

The Gold Steelbook Edition is a physical only edition that includes all of the Gold Edition's bonuses and perks, but also comes with a Steelbook where you can store your game.

The Ultimate Edition offers 3 additional digital packs to get you started on your Division 2 adventure! The Battleworn Secret Service Pack, Elite Agent Pack, and First Responder Pack all come with weapons & cosmetic items.

The Dark Zone Collector's Edition has all of the Gold Edition Steelbook bonuses with a few more perks! You will also get an Artbook, a map of Washington, D.C., the game's soundtrack, and a 30cm tall Heather Ward Statue!

Get A Customizable Brian Johnson Figurine

The Phoenix Shield is a treasure trove of physical goodies. It includes all of the content found in the Ultimate Edition, a world map, game soundtrack, art book, and a fully-customizable & articulated Brian Johnson figurine.