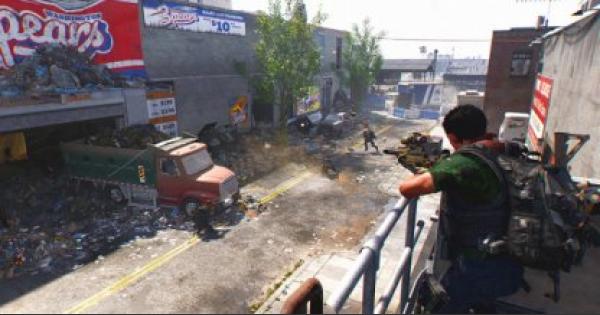 Learn everything to know about the Conflict PVP Mode in Tom Clancy's Division 2 in this guide. This includes a breakdown of the different modes, how to launch it, its features, & more!

What is the Conflict PVP?

Teams of 4 Battle it Out in this Organized PVP

How to Start Conflict PVP Matches

From your world map, open the Conflict Tab. You can find it on the list of icons as the phoenix with a skull and guns.

Start matching to fill up the required number of players. The modes are random so you won't be able to select which one to play.

Matchmaking Separates Players Based on Progression

Conflict matchmaking separates players who have reached World Tier or endgame and those who have not. PVP wins and losses are also taken into account for matchmaking among other factors.

Check Out What to Do at Endgame Here

Normalization is set to balance out survivability and damage between players, however, this does not mean builds are irrelevant in PVP. Stat advantages although minor are still in effect based on player builds.

Play in Arenas Based on Washington D.C.

Both Conflict PVP maps will be set between the 3 maps - Capitol Ruins, Stadium, and Georgetown. They're based in Washington D.C. with a few tweaks to suit the PVP gameplay.

There will be set Supply Crates in Confict matches that players can open to receive team boosts. The team boosts are entirely random so you won't know what you'll get when you open one.

Supply Drops offer advantages as it gives Specialization Ammo in Endgame organized PVPs. An announcement will be broadcasted among players right before the supplies are dropped into the field.

A classic from the first Division game, Skirmish will put teams of 4 against each other in a deathmatch to see which team will be left standing. Although there is respawn in the game, it is a commodity to save.

In Domination, teams will fight over objective areas to take control of them. Controlling each area puts teams at high risk, requiring environmental awareness and teamwork to pull off.

The team that complete their progress bar first will win the game. The Progress Bar is filled up gradually when players occupy objective points. it will progress even with no players on the objective area.

3 Objectives Areas to Gain Control Of

There will be 3 objective areas in each Domination match. They are not immediately active at the start of the match, but players are free to start positioning themselves to gain control of it early.