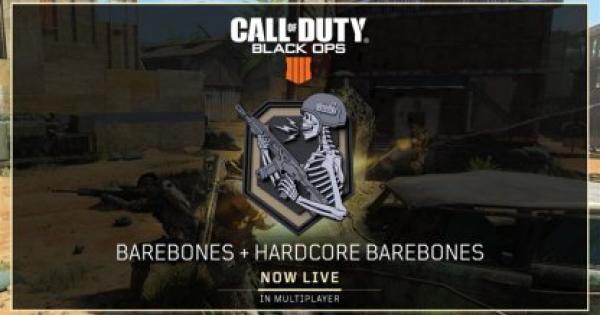 Learn more about the new CoD: BO4 update releasing this April 4, which improves healing cooldown in Barebones mode, stability fixes & other improvements in for Alcatraz and Ancient Evil. This also includes updates on the new Combat Record.

In the new Barebones mode, healing cooldown time has been reduced to 5 seconds from 7.3 seconds.

This update fixes a rare issue related to the inventory system.

For PS4 players, this update fixes numerous issues for the new Alcatraz Blackout map, including getting stuck at certain areas, as well as stability issues.

This update fixes a stability issue relating to charging Wonder Weapons at shrines, as well as general stability and quest fixes. This also fixes some miscellaneous issues such as sound FX issues, and rewards appearing during a cinematic.

Treyarch has launched a revamped combat record for the mobile app and their website so players can easily view a fuller and more comprehensive stat sheet for Call of Duty: Black Ops 4. This reflects the in-game combat record more accurately and should be able to give players more options to see how they compare with other players.