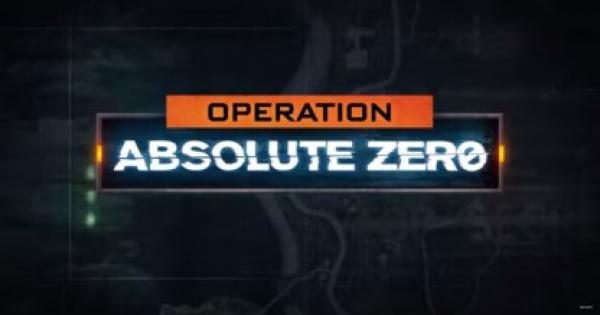 Learn more about the new CoD: BO4 update: Operation: Absolute Zero! Find out about the new season, balances and updates to the new specialist, & more!

The new season for CoD: BO4 has arrived, and now all players will be able to access the following content:

Zero is a new Specialist introduced in CoD: BO4 during the Operation Absolute Zero season. Her loadout of weapons includes an EMP Disruptor Grenade, and an Ice Pick Hacking Tool to stop Scorestreaks and Equipment!

As with the new season, a new Black Market has been introduced, along with 100 new tiers for players to earn rewards from! These rewards include Multiplayer Weapons, Blackout Characters, Outfits, and more!

Specialist Zero Has Been Balanced

The newly-introduced Specialist: Zero has had her skills and abilities balanced by the team for Multiplayer Matches.Below are the changes the team has made as to how Zero plays

Black Ops Pass holders also get to sink their teeth in more treats in the form of bonus content!

With a new season introduced, more elements have been introduced to the Blackout game mode for players to enjoy!

Custom Games for Blackout allow you to create your own session and play with friends! Explore the map to get a better understanding of the area, and practice playing with a team of friends!

Planned To Support At Least 12 Players

As stated in the official Reddit post, Custom Games in Blackout will initially support up to 12 players on a single match. However, this is planned to be expanded upon later on!

Docked just outside of the map, Hijacked is a new map update featuring a yacht which players can board and explore! It is also a possible spawn point for a helicopter since it also features a helipad!

A new vehicle is introduced to Blackout. It is an ARAV armored vehicle which you can use when exploring the map of Blackout! It also comes with a turret on top for one of your teammates to use!

Audio improvements focused on vehicles were implemented in order to reliably hear incoming vehicles during the game. Avoid surprise attacks and ambushes by knowing what vehicle is approaching, and from where!

New Contraband Stashes can now be found around the map. These stashes will contain the new melee weapons: Secret Santa & Slay Bell from the Black Market.

Along with stability and performance fixes, the update brings with it new playlists in Multiplayer Mode!