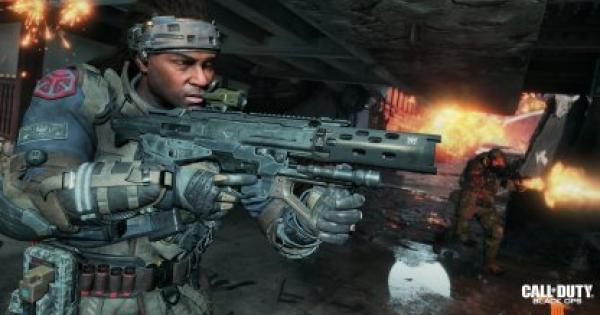 Key changes in this update was 9-Bang and Dead Silence changes in Blackout Mode. There were also some changes on Multiplayer Mode. Check the changes below.

Here are the significant changes made in the Multiplayer game mode of CoD: BO4:

In the latest update, the Acoustic Sensor's detection range has been slightly reduced, making it a bit more challenging to locate targets.

The Thresher's fire rate and projectile speed has been increased.

The Sniper's Nest fire rate and duration has been increased.

Fixes on the Morocco map, menu bugs with long playlist names, and issues with Reactive Camos & MX9 Reactive Camo in Create-a-Class have been implemented.

Here are the significant changes made in the Blackout Mode of CoD:BO4:

The inventory stack size of the 9-Bang has been reduced from 2 to 1. There is also an increase in the 9-Bangs charge time and fuse time before detonation.

The duration of the Dead Silence Perk in Blackout has been reduced to 120 seconds to match Awareness.

Check Out The Dead Silence Perk!

The issue where Multiplayer Custom Games don't work properly after a Blackout match and opening custom Multiplayer lobby has been fixed.

Fixes For Zombies & Blackout On PC

Issues with Zombies, particularly the disappearance of neon numbers in Blood of the Dead, have been fixed. In Blackout, the issue that causes players to start out with 200 Health has been resolved.

Two new public playlists for Zombies - Classified & Blood of the Dead - have been added. New updates for the PC & the launch of Blackout in all platforms are included. Check the changes below.

There will be two new Public playlists for the Zombies mode: Classified and Blood of the Dead. The Aether Playlist has been removed.

Get new cosmetic items as the Black Market goes live on all platforms - starting with Operation: First Strike.

Fixes For Multiplayer & Blackout On PC

Issues in Blackout - the bug that allows players to deploy the Wingsuit frequently & bullets passing through certain rocks - have been fixed. The Multiplayer bug that causes crashes when changing weapon Decals in Paintshop has been resolved.

Treyarch have also stated that there are topics that they are keeping track of that they may address or fix in future updates:

Treyarch is currently working on an issue wherein Custom Class 8 and beyond are not working for players who have reached Prestige 2 or higher.

Treyarch is still working on the crashes and issues that come with playing Zombie mode. These will come with the future updates as part of their stability improvements.