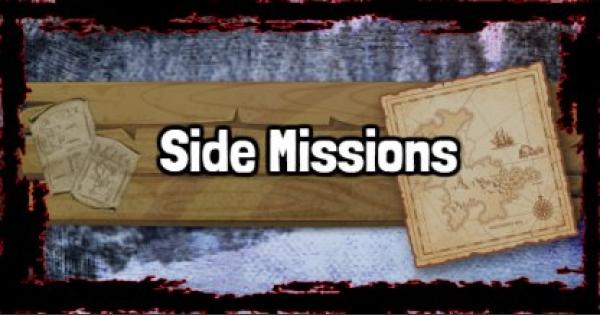 Find all Stranger and Companion side missions available in Red Dead Redemption 2 (RDR2) in this comprehensive list, including tips, locations, and more!

Stranger Missions Can Be Discovered Across the Map

Acting as side missions in RDR2, Stranger Missions are optional missions with no connection to the Main Story. These quests are given by specific NPCs at certain locations with some only appearing during certain times of the day.

Companion Missions Are Chapter-Limited Side Quests

Companion Missions are time limited missions which may be given by your fellow gang members during specific Chapters. Once you proceed further down the storyline, you will not be able to replay the mission.

What Are Companion Side Missions & Stranger Missions?

As you travel the Old West, you will encounter many strangers in need of assistance. Unique optional missions can be given to you should you choose to lend a hand.

Aside from being paid to complete their errands, you will also be earning Honor and Fame for your services to these strangers.

Find Out About Fame & Honor

Stranger Side Quests Are Marked With "?" Mark on Map

When looking for Stranger Side Missions, be on the look out for "?" mark shown on your minimap and map which marks the location of the Stranger mission giver.

The Stranger mission giver may only appear at certain time of the day, or under situations. In some cases, excessive amount of bounty on your head or certain faction turning hostile on you may block you from taking up their missions.

Though the Stranger mission givers are susceptible to death, they will respawn eventually after several in-game days; making them available to interact once again.

Find Out About Points of No Return

While at camp, there will be times when you are asked to accompany a member of the camp. Be it hunting animals, robbing homesteads, or playing a few hands of poker, Companion Side Missions help you raise your relationship with the gang.

Companion Side Missions are Story Sensitive

Dead Quest Givers will Not Respawn

Mission givers who die in the story missions will remain dead, taking their quests with them to the grave. This is why its best to complete all available companion side missions before continuing the main story.

Keep Good Relations with the Gang