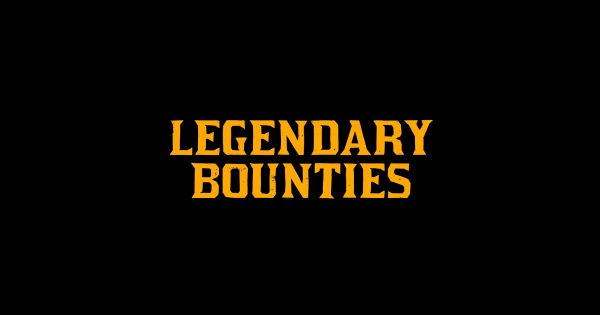 Read this Red Dead Online (RDO) guide to learn more about the Legendary Bounties in the game! Find out legendary bounty info, including targets, rewards, locations, payouts, and more!

NOTE: More Legendary Bounty targets will be added to the list as soon as they have been added and confirmed in the game.

What Are Legendary Bounties?

Legendary Bounties are high value targets wanted by the law due to their recent strings of crime. Each bounty will have different prerequisites for capture which will force you to change up your gameplan as you attempt to catch them!

Clues to Whereabouts Given

Clues as to where these Bounties are hiding are given by the wanted poster. Some whereabouts are specific such as Fort Brennard, while other locations will need you to do some tracking.

Earn Rewards For Turning in Bounties

You will be handsomely rewarded for completing these bounties. These include a sum of money, as well as a few gold bars and experience points for your character!

Bring Them In Dead Or Alive

You will have the choice to bring in these ruffians dead or alive. Turning in dead bounties will give you a slight penalty to your rewards when compared to bringing them in alive.

Some Bounties Required to Be Captured Alive

You will be able to start Legendaries by collecting their poster in a nearby bounty board. You will also have the option to take on these bounties solo or with friends in your posse!

Only Available in Red Dead Online

Keep in mind that these Legendary Bounties are only available in Red Dead Online (RDO). These enemies cannot be found while playing the game offline or in Story mode.