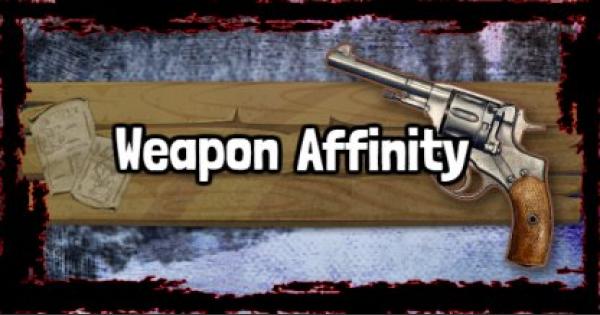 What is Weapon Affinity / Familiarity?

Weapons Perform Better the More They are Used

Arthurs build affinity the more he uses a specific weapon types, affecting his accuracy and other stats with that weapon. The more you use a weapon, the more effective Arthur will be with it.

Overuse of Weapons Degrades it

On the other hand, using a weapon too much will put it at risk of weapon degradation. Constant cleaning and oiling is required to keep a weapon at its top shape!

Building weapon affinity will affect weapon stats like accuracy, reloading speed, and even firing speed. It won't be a sudden jump in stats, but rather a gradual increase the more the weapon is used.

Hunt Wild Animals with the Weapon

Wild animals are a great way to build affinity as they are an easier target, most of them usually don't fight back, and you won't get a bounty for killing them!

When you go bounty hunting, make sure not to shoot to kill so you could still get the reward. Shoot the pistols out of criminals' hands to disarm them instead.

Yeah this article is weak an lacking. 0 info at all.