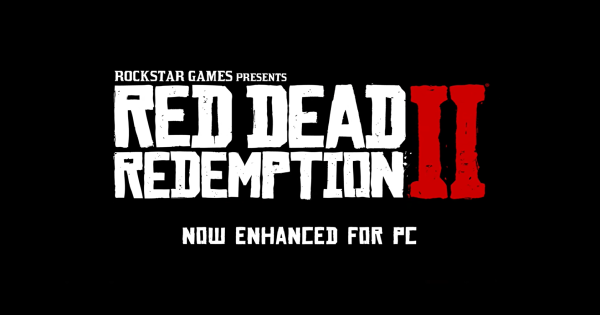 Red Dead Redemption 2 has officially been released for PC in November 5, 2019 through the Rockstar Launcher and Epic Game Store. It's also been announced to be released in other online stores in December.

The game is set to release on November 5 on the Rockstar Games Launcher. If you do not have the launcher, you can download it by clicking here.

Releases on Other Launchers

Players can also purchase the game on different storefronts such as the Epic Games Launcher, Humble Store, and additional digital retailers. The game will also come to the Steam storefront at a later date.

Will Also Be Released on Steam

Red Dead Redemption 2 will have a delayed release on the Steam storefront. The game will launch on Steam stores in December 2019.

Several updates and features have been added to the PC version of Red Dead Redemption 2. These were made to give players the best experience they can with the game!

3 New Bounty Hunter Missions have been added to the game's story mode. These will have you hunting down Herman Zizendorf, Camille de Millemont, and Bart Cavanaugh & his gang!

New gang hideouts have been discovered in Gaptooth Breach and Solomon's Folly. Go and clear out these hideouts to take out the competition and take their money and resources for your own gang!

Additional weapons have been added to the game's story mode, including previously online only weapons such as the High Roller Revolver and the Le Mat Revolver.

Check Out How to Get Horses Here!

Two new treasure maps have been added to the story mode for you to hunt down gold bars and other special rewards! Explore every nook and cranny as you track down treasure in the Landmarks of Riches and Elemental Trail maps!

New Trinkets with different effects have also been added to the game! Visit the nearest fence to craft these new trinkets for your character!

Check Out All Trinkets Here!

New Mission "To the Ends of the Earth"

A new mission has also been added where you will be collecting various herbs in exchange for a range of different kinds of rewards!

RDR2 for PC also has a new photo mode which will allow you to use an assortment of tools and use them to discover the wonder and beauty of the frontier! This Photo Mode features free camera movement, filters, stickers, text, and more!

All current content for Red Dead Online will be available at launch! These include all previously released updates and improvements to the game mode along with the Frontier Pursuits update, and specialist roles!

Play Through a Land of Opportunities

Experience the entirety of the "A Land of Opportunities" quest line at launch. All missions from this questline will immediately be available to PC players once the game launches!

Check Out a Land of Opportunities Missions Here!

Choose Your Role in Frontier Pursuits

Red Dead Online for the PC will also include the Frontier Pursuits update which allows you to choose 1 of 3 roles as you explore the wild wild west! Choose to become a Bounty Hunter, a Trader, or a Collector!

Players who have pre-ordered the game from any storefront will automatically be awarded 25 gold bars to use in Red Dead Online.

Pre-odering the game in the Rockstar Games Launcher will net you several in-game and out-of-game benefits. These include in-game items, and even a free game from Rockstar!

Pre-purchasing the game on the Rockstar Games Launcher will also let allow you to choose from 6 different Rockstar games. The game you choose will be yours to keep, free of charge!

Upgrade to Special or Ultimate Edition

Players who opt to purchase the game in the Rockstar Games Launcher will also have the option to upgrade their games to the Special or Ultimate Edition at no extra charge!

Check Out Which Edition To Get Here!

Listed above are the minimum and recommended requirements in order for your PC to run the game. Please note that if you do not meet the minimum requirements for the game, you will not be able to correctly run it.

Check Out the PC Requirements Here!