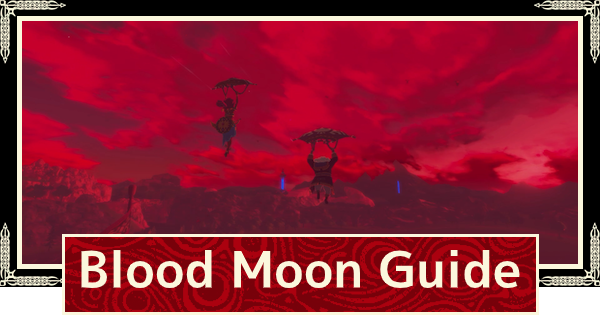 Check out this Blood Moon stage Guide for Hyrule Warriors: Age of Calamity (Switch). Find out how to unlock Blood Moon, rewards, how to beat, & more!

↑ A Blood Moon will rise over an existing stage, making more dangerous enemies spawn there.

Enemies Get Much Tougher

The enemies and bosses you'll face in Blood Moon battlefield are much tougher. Their HP and attack increase significantly so make sure you raise characters' level and equip the best weapon beforehand.

How To Unlock Blood Moon Battlefield

You Need To Beat The Main Story

Blood Moon Battlefield unlocks after you've beaten the last main story stage, The Future Of Hyrule. After beating the game, clear couple of stages until the Blood Moon appears.

Check Out Story Walkthroughs From Here

Check Out How To Level Up Fast From Here

What To Do When Blood Moon Disappears