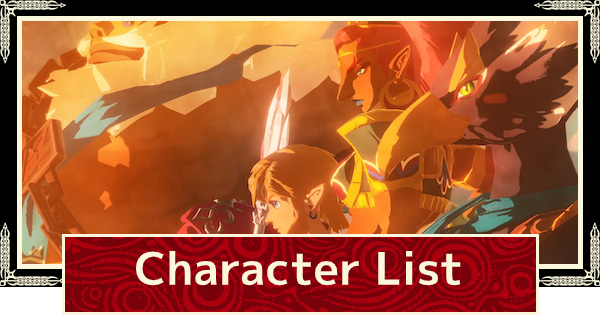 There are a variety of other possible characters which could potentially be playable, both new ones and those from Breath of the Wild. If we come across any other characters that can be unlocked end-game, we'll make sure to include them here!

Zelda is the commander of "The Champions", who are a group battling against the monstrous Calamity Ganon. She also happens to be the princess of the kingdom of Hyrule.

Zelda uses a Sheikah Slate as her primary weapon - it will have a lot of the same features that you might remember from Breath of the Wild - she'll be able to use magnets to manipulate items and smash them into enemies, for one!

Link is the Hylian champion chosen by Princess Zelda. In this version of the story, he is also the captain of the Royal Knights of Hyrule.

Link uses a sword and a shield to fight, but he can also throw rune bombs, shoot arrows, and stop time for enemies, making him quite varied in gameplay style. He can also used other weapons such as two-handed swords and hammers.

Mipha is the chosen Zora champion chosen by Princess Zelda. In Breath Of The Wild, she also pilots the Elephant Divine Beast, "Vah Ruta".

Mipha uses her spear to stab enemies. She can also summon water spouts for higher jumps.

Revali is the Rito Champion chosen by Princess Zelda. In Breath of the Wild, he commands the Eagle Divine Beast, "Vah Medoh".

Revali uses a bow and arrows to fight. He can shoot multiple arrows and explosives at once.

Much like Link, Urbosa battles using a scimitar and a shield to fend off enemies. What makes her unique is her usage of lightning in her attacks. She can chain lightning attacks and even imbue her normal attacks with lightning for more damage.

Daruk is the Goron chosen as Champion by Princess Zelda. In Breath of the Wild, he pilots the Salamander Divine Beast, "Vah Rudania".

Daruk uses a huge stone sword, much like many other Gorons. He can also summon rocks and make them explode at will.

Impa is the Royal Advisor and a member of Sheikah. In Breath Of The Wild, she assisted Link in regaining his memories and gave him guidance on how to defeat Calamity Gannon.

Impa uses clones and ninjutsu to destroy multiple enemies at ones. She also uses a short sword for close range battles, dealing multiple short slashes in succession. She can also summon a giant frog to flatten enemies.

Zelda's father, the King of Hyrule is the main authority of the land. In the trailer, he is shown reminding Zelda of her duty.

Purah is the lead researcher on ancient relics and invests most of her time in her work. She's Impa's big sister and Robbie's colleague. In Breath of The Wild, she assists Link in regaining his memories and abilities.

It's not clear if Purah is an actual playable character in Age Of Calamity.

Robbie is a rebellious character whose research lies in excavating ancient relics. He works with Purah and most often, gets swayed around by her. In Breathe Of The Wild, he can be found in the Akkala Ancient Tech Lab.

It's not clear if Robbie is an actual playable character in Age Of Calamity.

Calamity Ganon is a terrifying evil force that Zelda and her champions are tying to seal away. It is an incomplete version of Ganon that corrupts the world. In Breath of the Wild, Calamity Ganon successfully took over Hyrule Castle, leading to the great kingdom's fall.

Master Kohga is the leader of Yiga Clan, an enemy of Sheikah Tribe. He appeared in Breath of the Wild as a boss in one story quest. 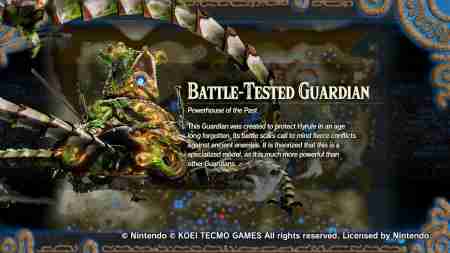