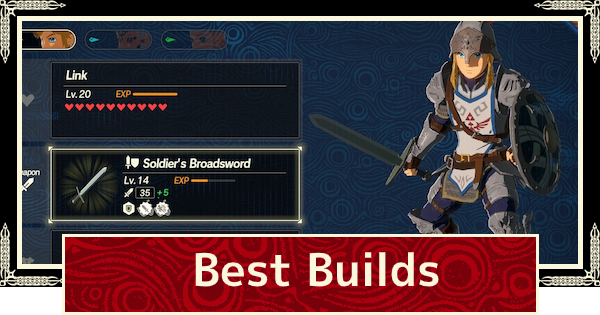 Check out this Best Build guide for Hyrule Warriors: Age of Calamity (Switch). Find out a list of best builds, best loadout, best skills for Link, Zelda, and Impa.

This Guide is based on info from the Demo, and will be updated once the game is released

Currently, we feel that Link should focus on increasing his damage output by stacking damage per 100 KO seals on his weapon. Like all characters, he also heavily benefits from the increased window to execute a perfect dodge, as this will allow him to launch a flurry of attacks, which is instrumental in defeating large enemies. For gameplay with the 100 KO seal, make sure not to prioritize taking out tons of small enemies to charge up the ability first.

Note that this build can and will probably change once the full game releases on November 20th.

Zelda's basic attacks, though powerful, are rather slow and clunky. As such, she benefits greatly from an increase in attack speed. If you can get this alongside Damage Per 100 KOs, you'll have an ideal build in the works.

Note that at the moment, Zelda doesn't have many weapon options, so it remains to be seen what she's truly capable of.

Impa, just like other characters, benefits greatly from the Damage per 100 KOs seal. However, she also really works well with a buffed attack range, allowing her to hit more enemies with relative ease.

is this going to be updated soon?