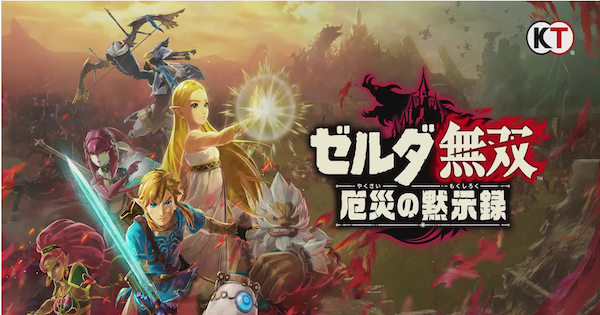 A New Trailer Featuring The Champions

A new trailer was revealed during TGS 2020 featuring the 4 champions chosen by Princess Zelda. The trailer shows a part of their story & some of their amazing moves.

Can Be Used By All Characters

The way the characters use the Sheikah Slate and runes depends on the fighting style of the character. Each playable character will have a unique way of using runes.

Runes Can Be Used For Combos And Maneuvers

The runes can be used not only as attacks but also as additional combos and jump boosters. They can also be used to break the defenses of strong enemies and monsters.

In the gameplay reveal, Link has the ability to battle using arrows and swords allowing him to fight in both long and short range.

TGS 2020 revealed that Impa will appear as a playable character in Hyrule Warriors: Age Of Calamity.

Impa, the Royal Advisor and a member of Sheikah. In the Breath Of The Wild, she assisted Link in regaining his memories.

Impa uses clones and ninjutsu to destroy multiple enemies at ones. She also uses a short sword for close range battles.

More Characters Can Be Used

Details about the treasure box edition was revealed in TGS2020 featuring the following bonuses.

It can be ordered on the links bellow:

If you have a save data of Breath Of The Wild in your Switch, you will receive a training sword as a bonus. The training sword has an auto-guard effect that is useful for players who are not used to Hyrule Warriors.

Check Out All Game Editions Here!