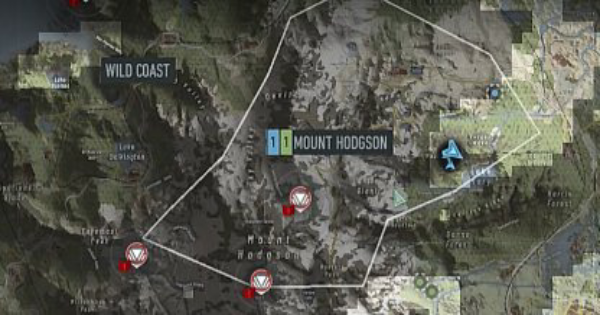 Read this Ghost Recon Breakpoint guide to learn more about bivouac and intel locations in the Mount Hodgson! Find out location details, province intel and camps, and more!

Check Out the World Map Here!

NOTE: This article is based off of the confirmed locations of Intels and Bivouacs in the region. Locations may change depending on gameplay.

The first intel can be found in the Northwestern part of the province. It is south of Tinstone Forest.

Intel 2 can be found along the banks of Lake Mary. It will be North of Carrick Bridge.

Intel 3 is a short walk East from Intel 2. It will be in the middle of White Giant and Kitchener Falls.

Intel 4 is found in the Southernmost part of the region. It will be on Mystery Peak.

Intel 5 is on the Southwestern part of the region. It will be West of the Rocky Valley.

The final intel for this region is found on the East side of the Rocky Valley. It will also be south of the Devil Valley.

The first Bivouac is found near the first intel piece. It will be in Erewhon.

Bivouac 2 is found near Intel 4. It will be a short walk East of Mystery Peak.

The final Bivouac can also be found in the Southern part of the province. It will be East of Bivouac 2, and Southeast of Prospector Stream.

Mount Hodgson hides the Erewhon safe base within its mountains. Due to the steep climb, it's a safe haven for anyone trying to escape from the military force on the island.